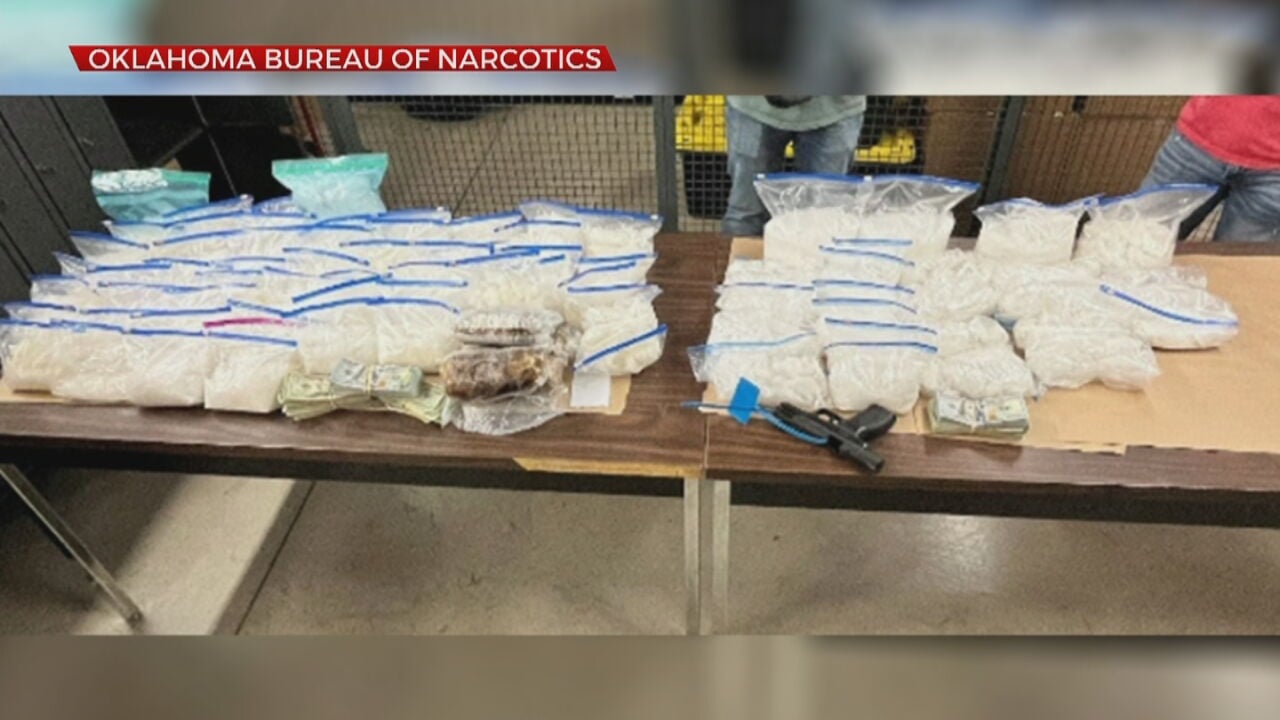 Agents shared photos of the seized drugs on social media on Thursday evening.

In addition to the meth, investigators also say they found half a pound of cocaine, guns and cash.

Agents did not say where the drug bust happened, because they expect to make additional arrests as their investigation moves forward.