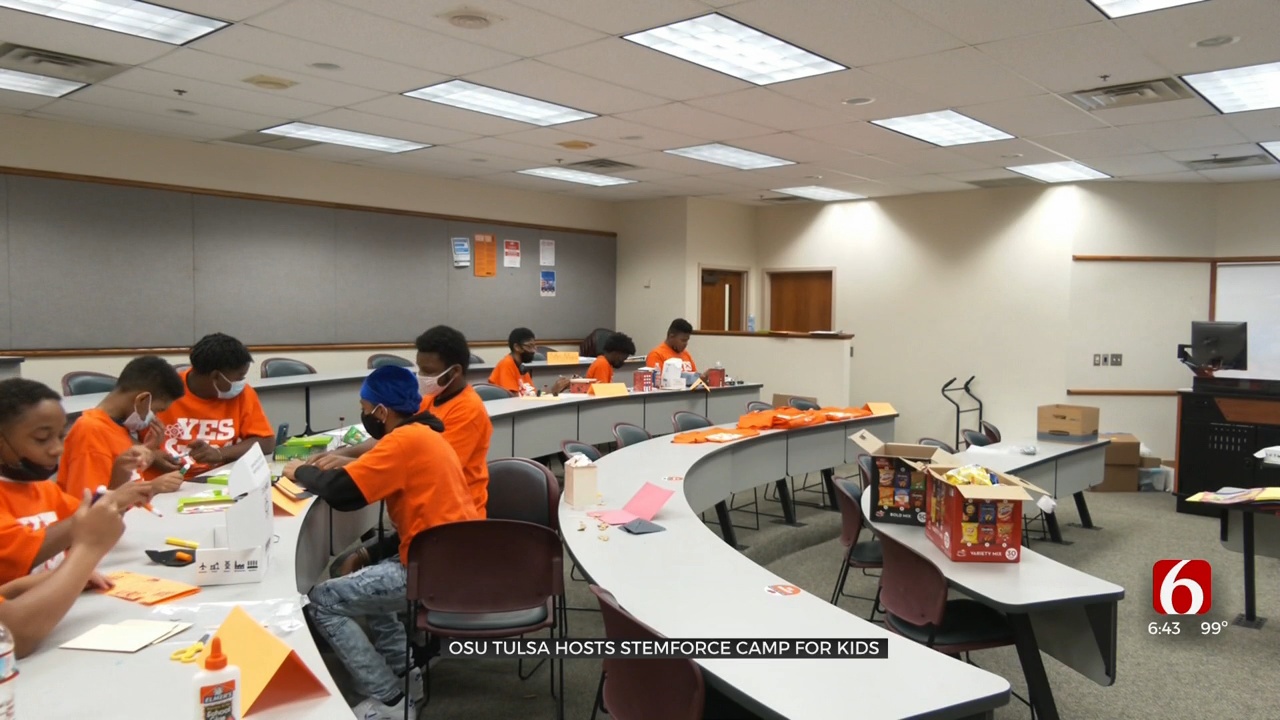 Middle and high school students were able to put their creative skills to the test at this year’s STEMFORCE workshop at OSU-Tulsa.

Students participating in this year’s workshop combined history and science by building a scale model of Tulsa’s historic Greenwood District.

These students used Science, Technology, Engineering, and Math (STEM) to recreate businesses that were destroyed in the 1921 Tulsa Race Massacre and imagine new Greenwood businesses for the future.

Students say they were excited to put everything together.

“You get to remember all the buildings that used to be up there before it was destroyed, and you get to learn things that you’ve probably never learned before,” said Kaidyn, an 11-year-old who will be starting 7th grade in the fall.

Organizers say they wanted the workshop to be a place for students to apply what they know from school and also be creative.

Organizers hope students walk away from this year’s camp knowing everything they’re capable of doing.

“I hope that they get a really great sense of confidence and pride in the work that they’ve done, so just knowing that ‘hey, I had an idea, and I brought that idea or innovation to life,”’ said Sells.

Students say they’re thankful for what they learned.

“If we didn’t really do this, I don’t think we would have a good experience of making things like solar panels with natural energy, and we wouldn’t really get to know about our history and Greenwood,” said Kaidyn.

This is the second year of the STEMFORCE camp and organizers say they plan on holding another one next summer.