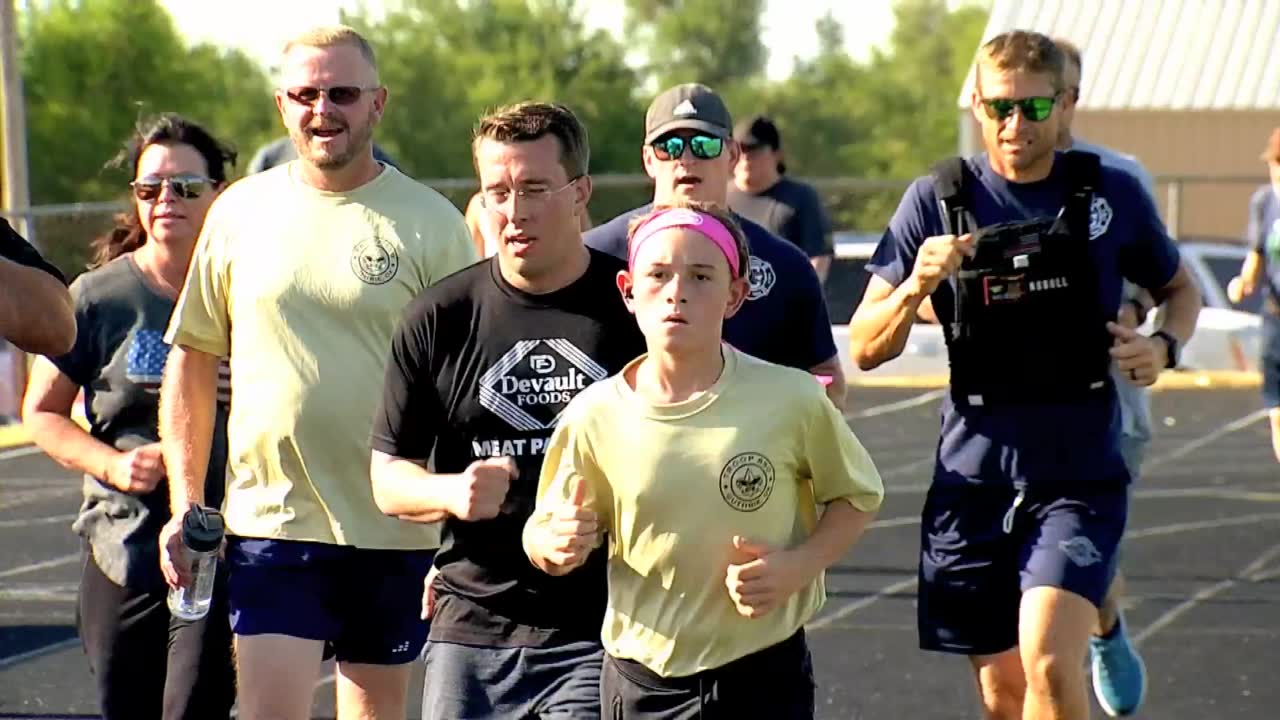 An emotional crowd gathered at the Guthrie High School track. Together they mourned and honored the life of Edmond police Sgt. C.J. Nelson.

With the heat bearing down, they laced up their shoes, some running under the weight of their gear.

“It's hot, but this is a small price to pay for 15 minutes of heat. When the family and friends, they got to live with that forever,” said Lt. Mark Bruning, Guthrie Police Department.

Those in attendance ran or walked in honor of Sgt. C.J. Nelson. The Edmond officer was killed last week after a driver collided into his motorcycle.

“One of the Guthrie officers sent me a text, they said ‘Hey, C.J. Nelson was involved in that crash, he was killed.’ I was like, 'You’ve got to be kidding me,” said Logan County Sheriff Damon Devereaux.

One week prior to his death, Sheriff Devereaux said Nelson responded with his SWAT team to a home in Guthrie where a suspect was barricaded.

“For his SWAT team to spend their last call out with us, it's an honor,” said Devereaux.

“I talked to some people and that was his last callout, and you can see today, he was escorted in the BearCat. Those were his SWAT team brothers,” said Lt. Mark Bruning, Guthrie Police Department.

Nelson was escorted home Monday by the same men he worked alongside with on that call.

“We're only guaranteed a second in front of us," Bruning said. "We're not guaranteed eight, ten hours, or two weeks. Our life is minute by minute. We can't take it for granted."

“Shows you sometimes how fleeting life is,” said Sgt. Anthony Gibbs with the Guthrie Police Department.

“He’s put a mark on Edmond that can never be erased,” said Bruning.