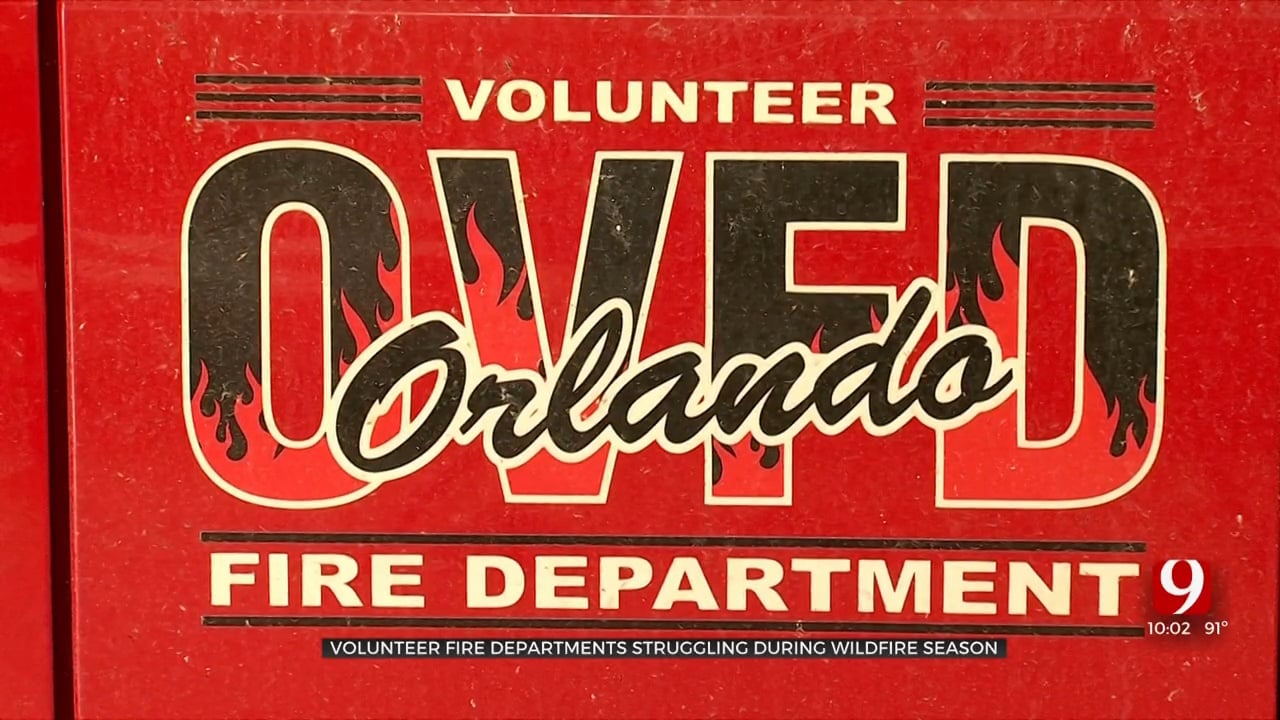 Oklahoma firefighters continue to battle a Woodward County grass fire that's been burning for more than 24 hours near Mooreland.

According to state fire officials, with the number of volunteer firefighters down nationwide, they’re in need of volunteers more than ever.

“All resources are exhausted. EMS, the Fire Marshal's Office, the fire departments, OHP, everyone is out there. Forestry, anyone that can fight fire is somewhere fighting fire right now,” said Sheri Nickel, Administrative Director of the Oklahoma State Firefighters Association.

Nickel said departments across the state turn to OSFA for manpower.

But there aren't enough volunteers.

“At this point I feel helpless because I’m not able to get them what they need,” said Nickel.

Nickel said any help available is already on the frontlines.

“My daughter is in Shattuck, and they had a fire burning into town yesterday and they had three firefighters show up. They sent some of their resources to Mooreland.”

And while that's enough incentive for Cook, sadly Nickels says there's not enough folks that share the same sentiment.

“That's what it takes to be selfless, to have a servant's heart,” said Nickel.

According to Nickel departments are always in need of mechanics, extra hands to disperse water, or to do chores around the fire house. If you would like to volunteer contact your local volunteer fire department.