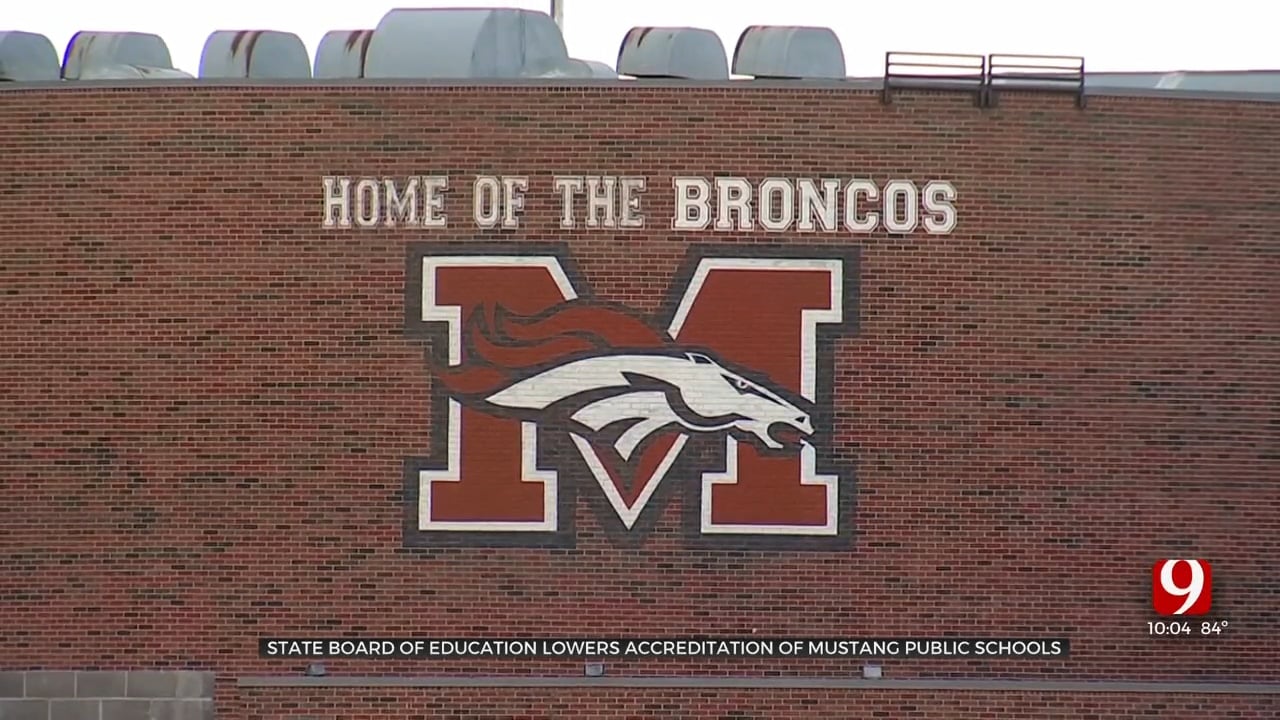 The Oklahoma State Board of Education demoted the accreditation status of Mustang Public Schools after the district determined a classroom lesson on discrimination violated state law.

The board voted to lower the district’s status to “accredited with warning,” which puts the district in greater jeopardy of losing its probation should future violations occur.

Board members made the decision after it was disclosed MPS received an investigated a complaint about a voluntary middle school Leadership class lesson, called “Cross the Line”. The district determined the lesson, which occurred in January, violated state law HB 1775.

Students, as a result of the lesson, were made to “feel uncomfortable by answering questions on if they had felt discriminated against, bullied, or acted in that manner towards others,” according to an MPS report.

Mustang Superintendent Charles Bradley said in a statement that the district was blindsided by the board’s action.

“We were shocked to learn of this action,” Bradley said in a statement. “We acted expediently to resolve the complaint to the complainant’s satisfaction and yet no consideration was given by the State Board to our response to this event.”

The district says, “Cross the Line” activity, although intended to discourage bullying, was “not a part of any curriculum approved or adopted by the State of Oklahoma.”

“The activity that was chosen in this instance was one that was adapted from and focused on topics not appropriate for our students. We eliminated the use of this lesson, effective immediately and moving forward, and regret that it was used at all,” the report said.

The district “addressed” the teacher who conducted the activity, according to the report, but did not detail any disciplinary actions.

The board’s vote on Mustang Public Schools followed action against Tulsa Public Schools, which was also found to have violated HB 1775.

The board lowered the accreditation status of TPS after a teacher submitted a complaint about an implicit bias training held by the district. The teacher complained to the state department of education, which determined the training violated HB 1775.

Board Member Brian Bobek voted to lower TPS’ accreditation status to “accredited with warning,” which indicates the violation “seriously detracts from the quality of the school’s education program.”

Member Estela Hernandez said lowering TPS’ status to accredited with warning “is sufficient in this case because we need to send a message.” She said TPS intentionally “[violated] the opportunity for these students to receive an exceptional quality education.”

The board voted 4-2 to demote TPS’ status, and then seemed to learn that Mustang Public Schools had self-reported an HB 1775.

“I was not aware that there was another 1775 violation on here. I appreciate that we try to be consistent,” said Board Member Jennifer Monies.

With a separate 4-2 vote, the board changed both Tulsa and Mustang Public Schools’ status to “accredited with warning,” which puts both districts in greater jeopardy being put on probation should future violation occur.

Oklahoma State Superintendent Joy Hofmeister and Board Member Carlisha Bradley voted “no” to lowering the status of both districts.

In an interview with News 9, Hofmeister called the meeting “topsy-turvy,” and said the punishment against Tulsa schools was fueled by political reasons.

Mustang school officials responded to a complaint regarding a middle school classroom lesson in January. An activity that involved asking students if “they had felt discriminated against, bullied, or acted in that manner towards others” made students “feel uncomfortable.”

The teacher intended the lesson “to show that each student has different experiences in life,” according to an MPS report.

“The penalties are heavily weighted against Tulsa Public Schools because of an obsession or peculiar focus that the governor has with them and their superintendent. And then Mustang became collateral damage,” Hofmeister said.