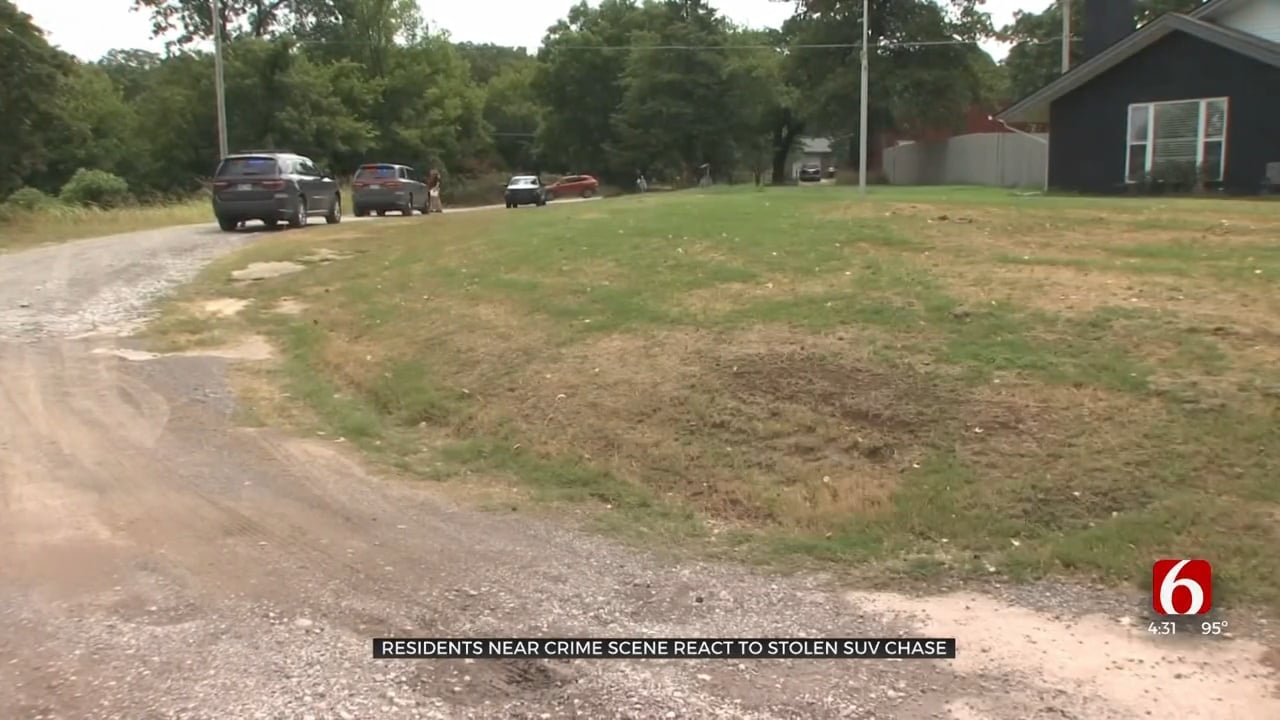 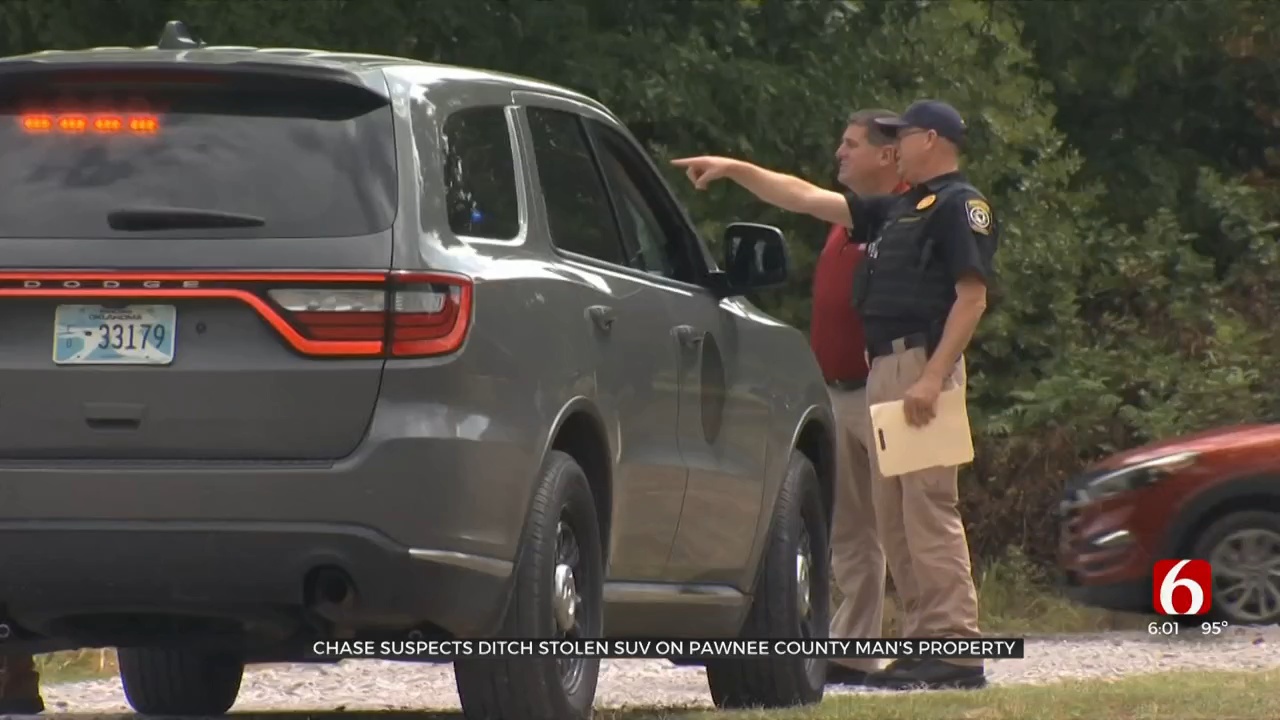 Law enforcement from several agencies are searching for the people who led Sand Springs police on a high speed chase this afternoon in a stolen SUV.

The driver ditched the stolen SUV in some woods along Keystone Lake in Pawnee County, before the three suspects ran off.

A quiet stretch of road in Pawnee County along Keystone Lake, turned into a chaotic scene of police lights and sirens after the high-speed chase ended on Dan Goumaz's property.

Goumaz says he didn't even know what was happening until his wife texted....and at first, he thought she was joking.

Goumaz says he was impressed with the police response once he got outside and even though the suspects still haven't been caught, he says he's not too concerned.

"It didn't really cross my mind," Goumaz said. "I think the last thing they wanted to do is be in close proximity to where the police are."

Britt Reeder agrees. He lives down the road and says he isn't worried because this is a tight knit community, full of people who have each others' backs.

"I'm pretty satisfied with my neighbors and what I got in my house with my dogs and stuff so, I'm really not that scared about strange people coming through here," Reeder said.

Goumaz says he is glad nothing was damage on his property, but he is ready for the stolen SUV to be out of his sight.

Police say they did find ammunition in the stolen SUV, but they don't know if the suspects are armed.