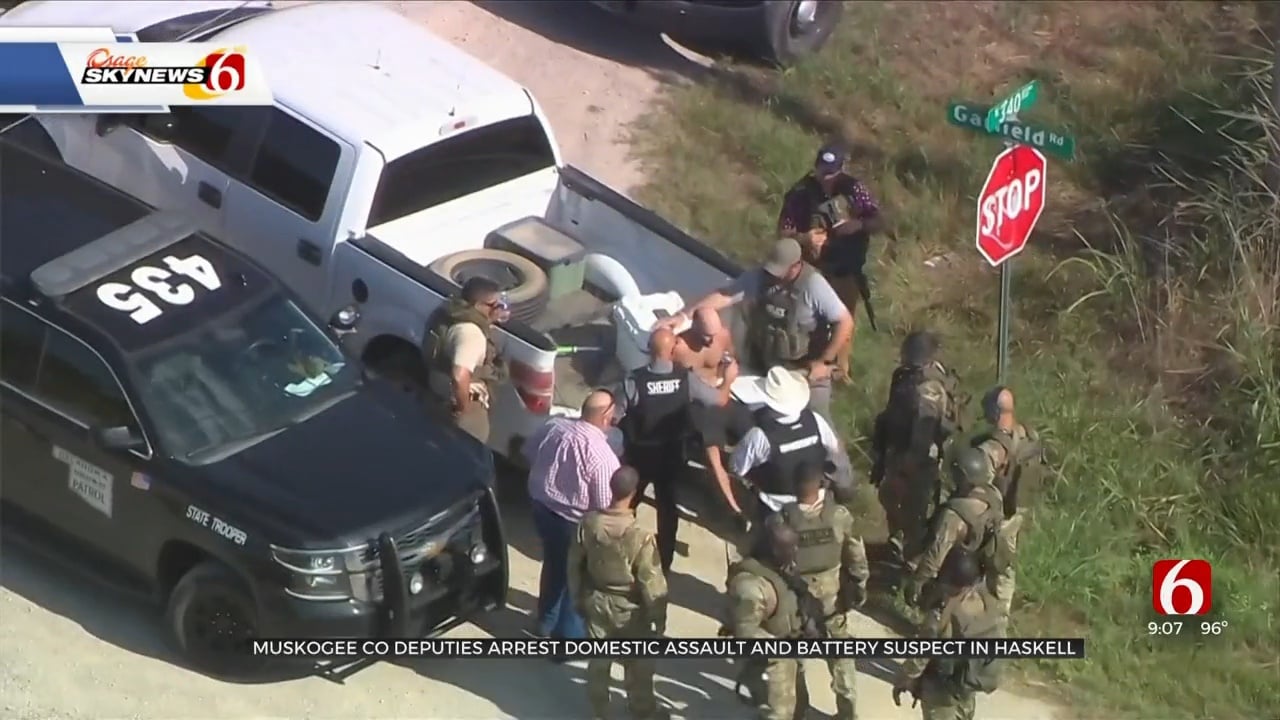 The Muskogee County Sheriff's Office arrested a man in Haskell, accused of domestic assault and battery with a dangerous weapon.

Investigators said McManus is accused of threatening his girlfriend with a gun, after beating her with a baseball bat nearly two weeks ago.

Osage SkyNews 6 was flying over the scene just as deputies, troopers and US marshals took Trevor McManus into custody Wednesday evening.

Records show McManus has a warrant in Creek County for having a gun as a felon, illegally pointing a gun, grand larceny and robbery.

He also has a long string of felony convictions in Muskogee, Tulsa, Rogers and Wagoner counties, spanning from 2008 to 2017.