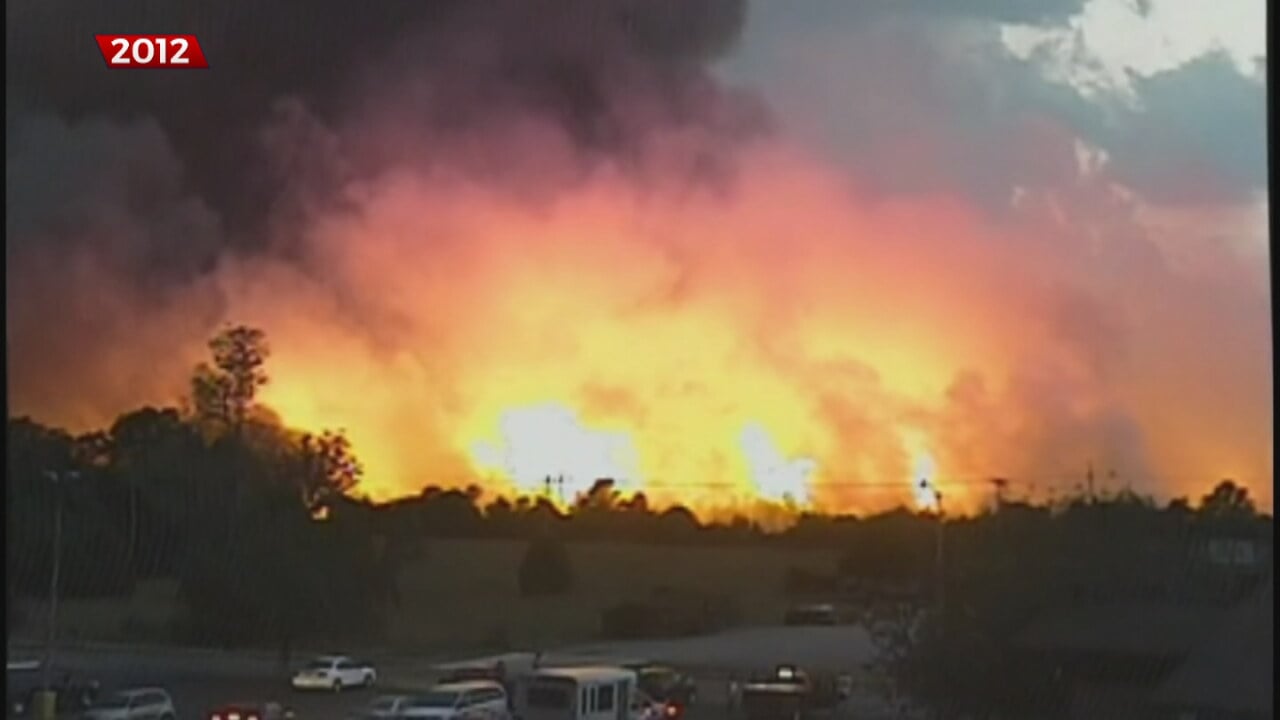 It's been ten years since a huge wildfire destroyed hundreds of homes and burned thousands of acres in Creek County.

In 2012, a massive wildfire burned through 60,000 acres of land in Creek County, and even today evidence still remains of what happened, hundreds of dead trees that were burned in the wildfire dot the landscape.

He says 57 fire departments helped put out the fire that destroyed 450 homes.

"I've been on some bad fires, but I'd never seen anything like that … you could turn almost any direction and you could see where it affected somebody, someway, we're just lucky nobody got killed."

He says the memory of the devastating fire still resonates in the community today.

"If they see smoke anywhere, they're calling there's a fire ... they're still gun shy from the fire because they know what can happen," says Evans.

Progress Being Made On Arkansas River Pedestrian Bridge