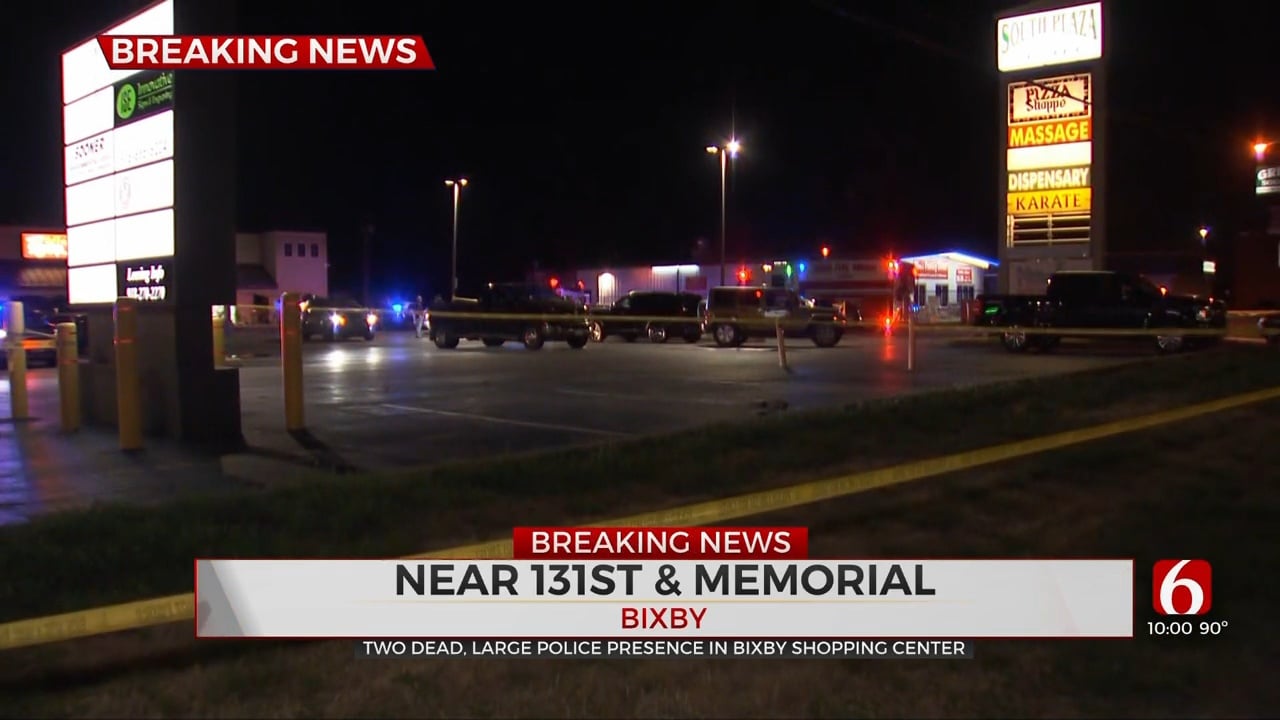 Breaking News update as of August 5 at 10:59 p.m.: Bixby Police released this statement: "At 8:30 P.M., an owner of a local business met with an acquaintance. She was leaving the shopping center with the acquaintance. A second male blocked their car with his vehicle. A domestic argument turned violent. She was shot by the male and the male then turned the gun on himself. Both were deceased on scene. Bixby is conducting the investigation with the assistance with OSBI."

Two people are dead after a shooting near East 133rd Street South in Bixby Friday night, according to police.

The entire South Plaza Center is surrounded by crime tape as police investigate.

A witness told News On 6 he heard a commotion in the parking lot, and then two shots were fired.