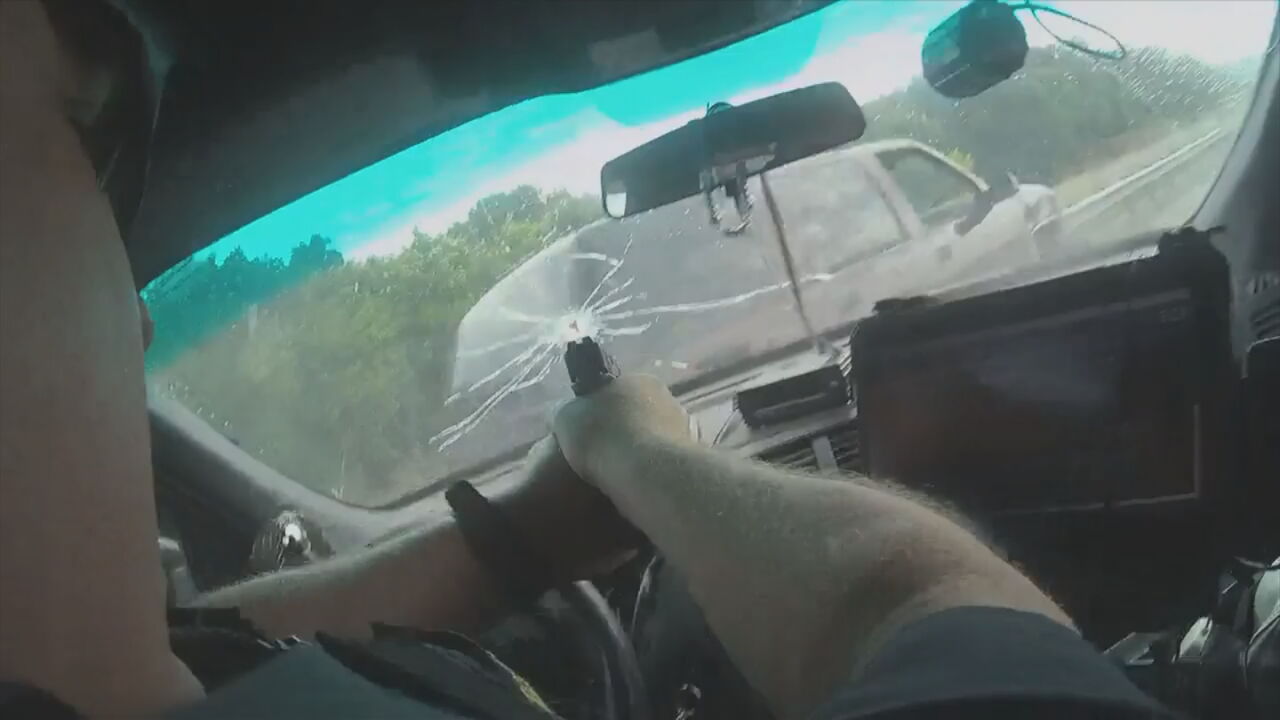 Officers' body cameras were rolling for the length of the more than 20-minute-long pursuit.

The new video shows officers' perspective as they chased after the suspects, including the moment a Sand Springs officer fired a shot through his windshield.

It started in Sand Springs, going through busy intersections and neighborhoods.

"The front passenger is trying to get him to stop. I can see her grabbing the wheel," said a Sand Springs Police Officer.

The pursuit continues down Highway 97, onto 412 toward Keystone Lake.

"Speeds are 90 miles an hour," said an officer from Sand Springs Police Department.

A trooper was behind the SUV preparing to perform a maneuver to stop the car, what troopers call a tactical vehicle intervention or TVI.

"He's moving back and forth; I think he knows what's coming," said an officer on the scanner.

The body camera video shows a trooper perform the maneuver by ramming the SUV. "TVI! TVI!," shouted by a Sand Spring Police Officer.

One Sand Springs officer gets out and yells at the driver, who rams another officer's SUV.

Video shows the perspective of the officer who was rammed. "Stop the car!" shots fired from another officer.

But the chase doesn't stop. The driver then goes the wrong way on highway 412.

Deputies arrested the three after News On 6 reporters spotted people matching their descriptions and called 911.

Brandon Beaty is charged with shoplifting, possessing a stolen vehicle, and eluding police.