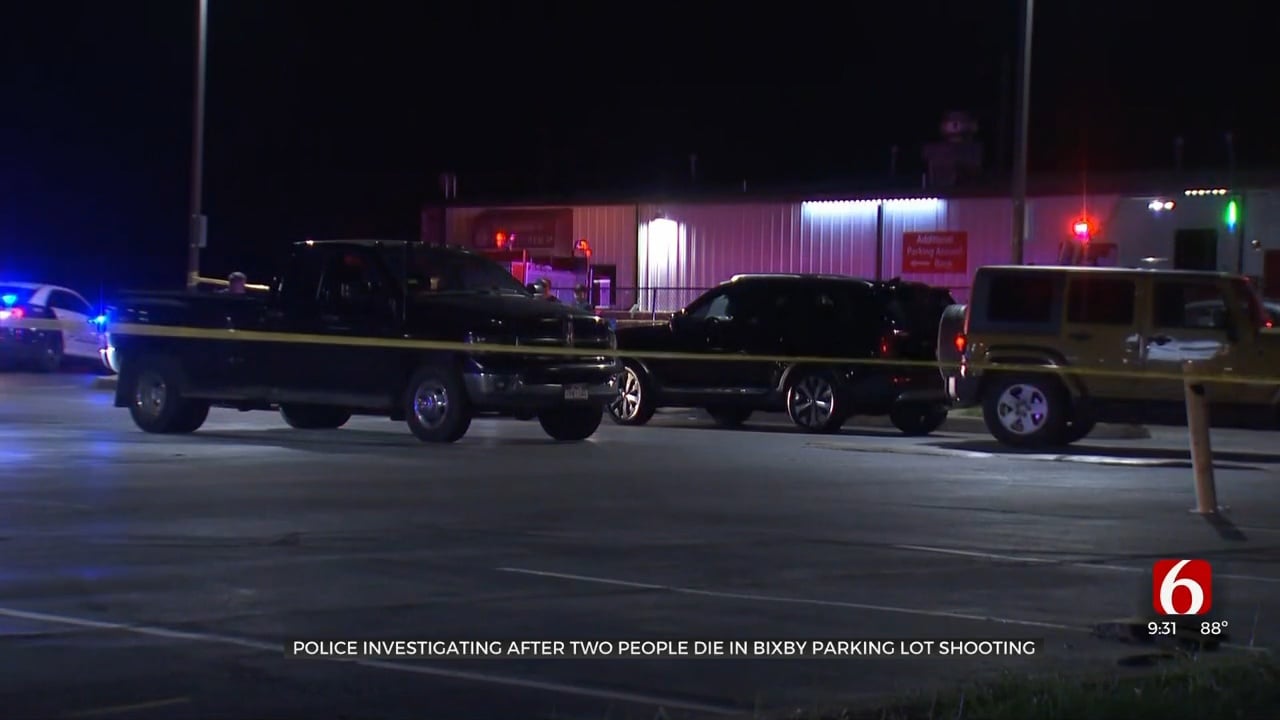 Bixby Police identified the two people killed Friday in what authorities are calling a murder-suicide.

Police said Jin Yu Wang, a local Bixby spa operator, was shot and killed by Rocchio Vincenzo in a parking lot near 13161 S. Memorial. Vincenzo then shot himself. Both were pronounced dead at the scene, according to police.

Police said that nearby security cameras captured Vincenzo using his vehicle to block Yu Wang and a friend from leaving the parking lot. Footage shows Vincenzo brandishing a pistol and shooting Yu Wang before shooting himself.

The crime scene is still being investigated, but police said it is classified as a murder-suicide.

The OSBI is assisting Bixby Police with the investigation.