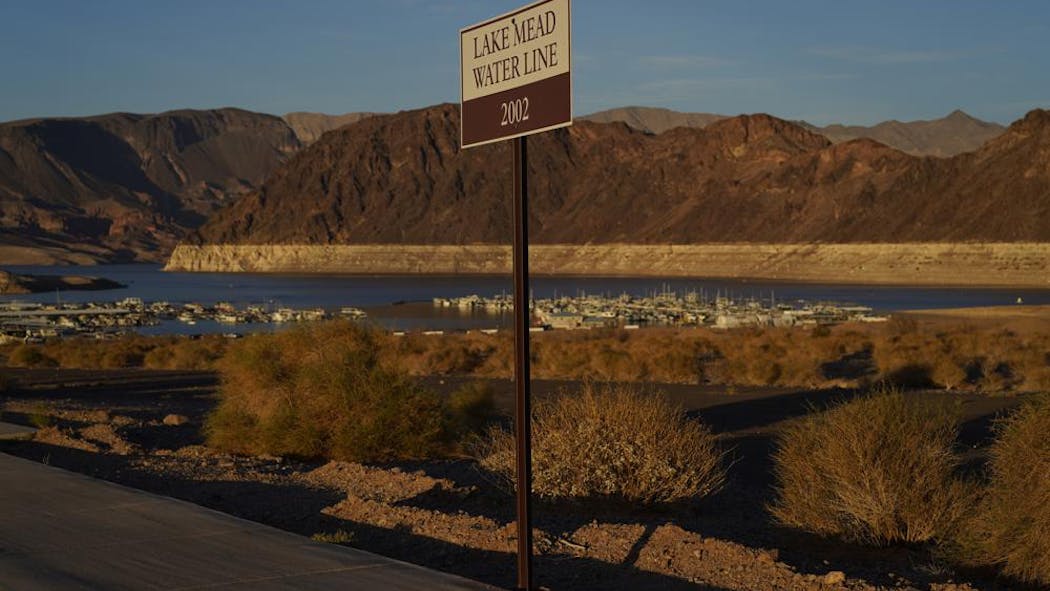 It’s the fourth time since May that remains have been uncovered as Western drought forces the shoreline to retreat at the shrinking Colorado River reservoir behind the Hoover Dam.

National Park Service officials said rangers were called to the reservoir between Nevada and Arizona around 11 a.m. Saturday after skeletal remains were discovered at Swim Beach.

Park Service officials said the Clark County Medical Examiner’s Office will try to determine when and how the person died as investigators review records of missing people.

On May 1, a barrel containing human remains was found near Hemenway Harbor. Police believe the remains were that of a man who died from a gunshot wound and the body was likely dumped in the mid-1970s to early 1980s.

Police have speculated that more remains may be discovered as the water level at Lake Mead continues to recede.

The discoveries have prompted speculation about long-unsolved missing person and murder cases dating back decades — to organized crime and the early days of Las Vegas, which is just a 30-minute drive from the lake.

The lake surface has dropped more than 170 feet (52 meters) since the reservoir was full in 1983.

The drop in the lake level comes while a vast majority of peer-reviewed science says the world is warming, mainly because of rising levels of carbon dioxide and other greenhouse gases in the atmosphere.

Scientists say the U.S. West, including the Colorado River basin, has become warmer and drier in the past 30 years.