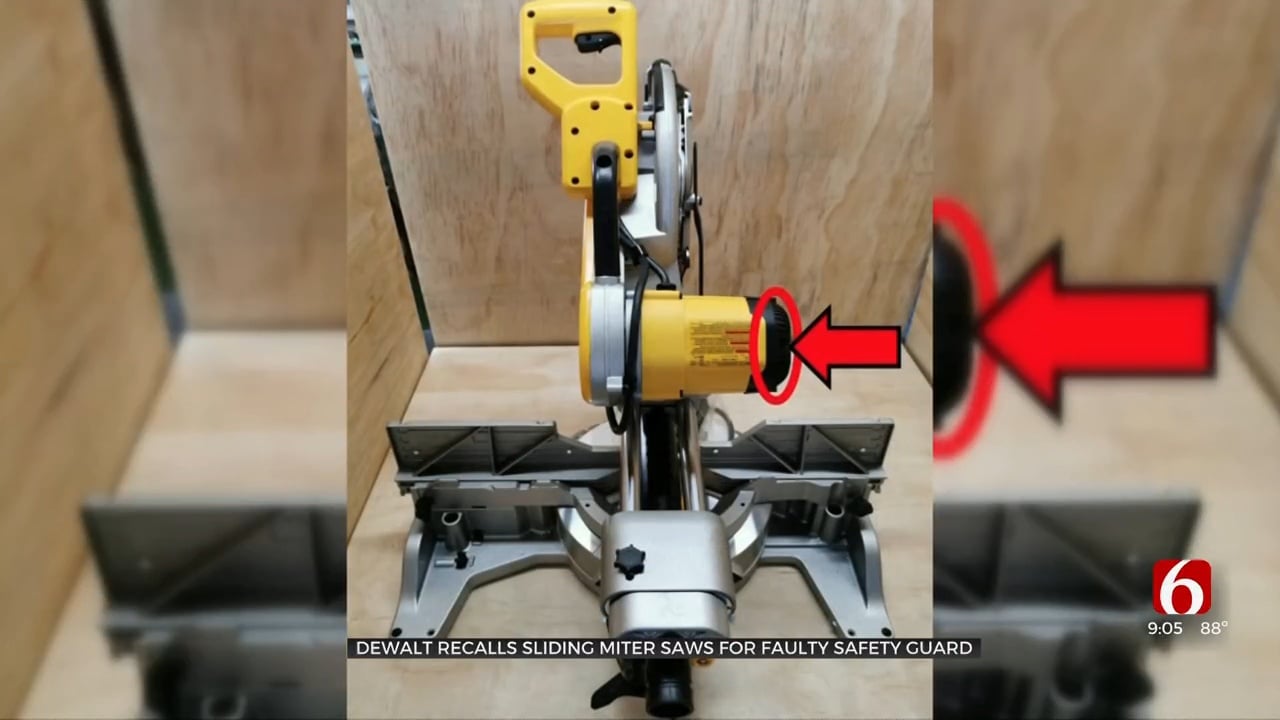 Heads up to craftsmen, DeWALT is recalling nearly 1.4 million of its 12-inch sliding compound miter saws.

The U.S. Consumer Safety Commission says the rear safety guard can break or come off, exposing users and people nearby to the saw blade and debris.

If you have one of these saws, you can contact DeWALT for a repair kit or take it to a service center.

This is the second DeWALT recall this year after the company recalled some of their corded chainsaws in January.