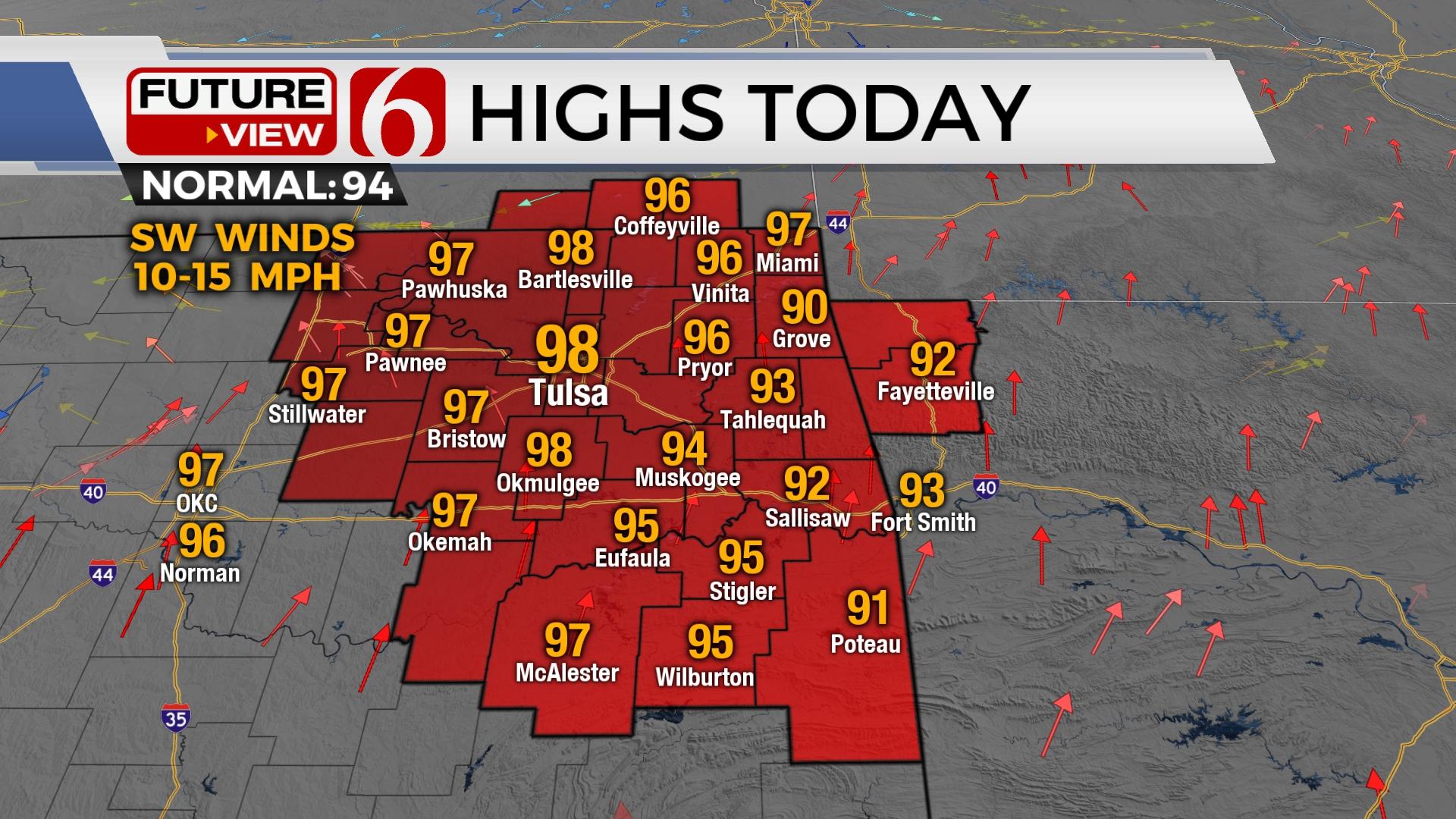 The chance for scattered showers returns on Monday, bringing slightly cooler temperatures to the metro. Highs today will reach the mid to upper 90s, but scattered storm chances arrive as a weak boundary across Kansas moves slowly south. This eventually brings temps slightly below normal Tuesday and Wednesday with additional storm chances. Afternoon highs will return into the mid and upper 90s later this week. The mid-level ridge is located west of our area today and will remain so for at least the next 3 days before expanding closer to the state this weekend. This allows a weak cold front positioned across Kansas this morning to slowly move southward today and Tuesday. This boundary combined with a few weak upper-level impulses will support scattered storms, including a few nearby this morning. As the boundary moves slowly southward into northern OK, additional scattered storms are possible this afternoon and early evening. A few of these afternoon storms may produce damaging downburst of winds with some highly localized heavy rainfall. Scattered storm chances will remain relatively low today but will be a little higher Tuesday as the front should be closer to northeastern OK. Late Tuesday night into Wednesday morning the boundary is expected to become diffuse as the midlevel ridge begins expanding east, effectively ending the storm chances and increasing heat and humidity levels across the state. There may still be enough of a northwest flow this weekend to bring a few storms into far eastern OK or western Arkansas, but the chances remain below 10% for this forecast cycle. Temps today will reach the mid to upper 90s with heat index values right on the bubble for another heat advisory. Currently, no advisories are posted but this may change later today.

Tuesday and Wednesday should feature a minor reduction in temps with afternoon highs in the lower 90s. We’ll expect to reach the mid to upper 90s again Thursday into the weekend.