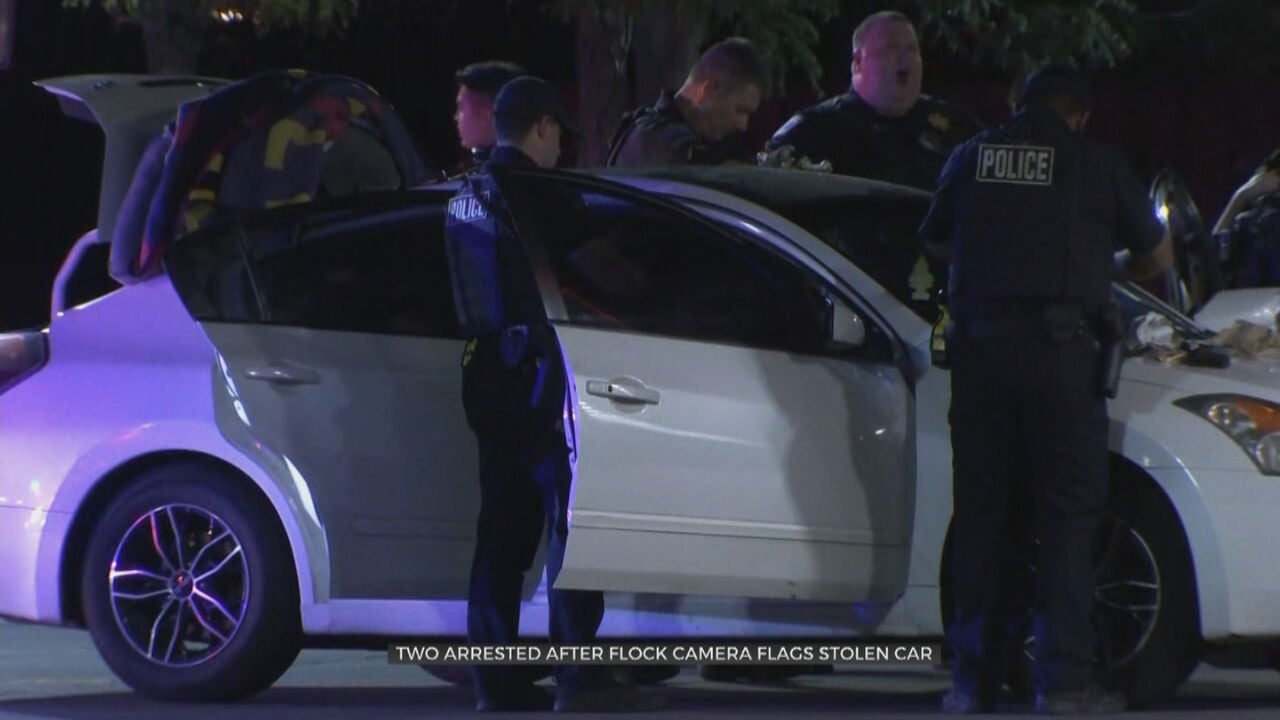 Tulsa police say two people are in custody on Monday morning after officers allegedly found drugs and a gun inside a stolen vehicle near 36th Street South and Peoria.

According to police, the newly installed Flock cameras flagged the license plate on the car as it was traveling northbound along Peoria.

Police say a woman was driving the car when officers stopped the vehicle in the parking lot of a nearby QuikTrip.

Police say a man who was sitting in the passenger seat of the vehicle was being uncooperative and ignoring police commands. Officers used commands over a loudspeaker and even threatened to shoot pepper balls into the vehicle before the two people inside surrendered to police.

According to police, drugs and a stolen gun were found inside of the stolen vehicle.

Both people were taken into custody and the car was towed away by police.

Tulsa Police, in partnership with a company called Flock Safety, installed the cameras around the city in an effort to cut down on crime and make neighborhoods safer.

According to Flock Safety, the cameras capture specific details about cars that may have been involved in a crime, including license plates, vehicle color and other details that may prove useful to law enforcement.

Tulsa Police first announced the location of where the initial 25 flock cameras would go back in June of 2022.

Months of public meetings, seeking public input were held by TPD before the locations were chosen. According to TPD, more cameras could be added around the city if police find them helpful.

Some locations of the 25 flock cameras include several near 61st and Peoria, a few north of I-244, and some near 31st and Garnett.