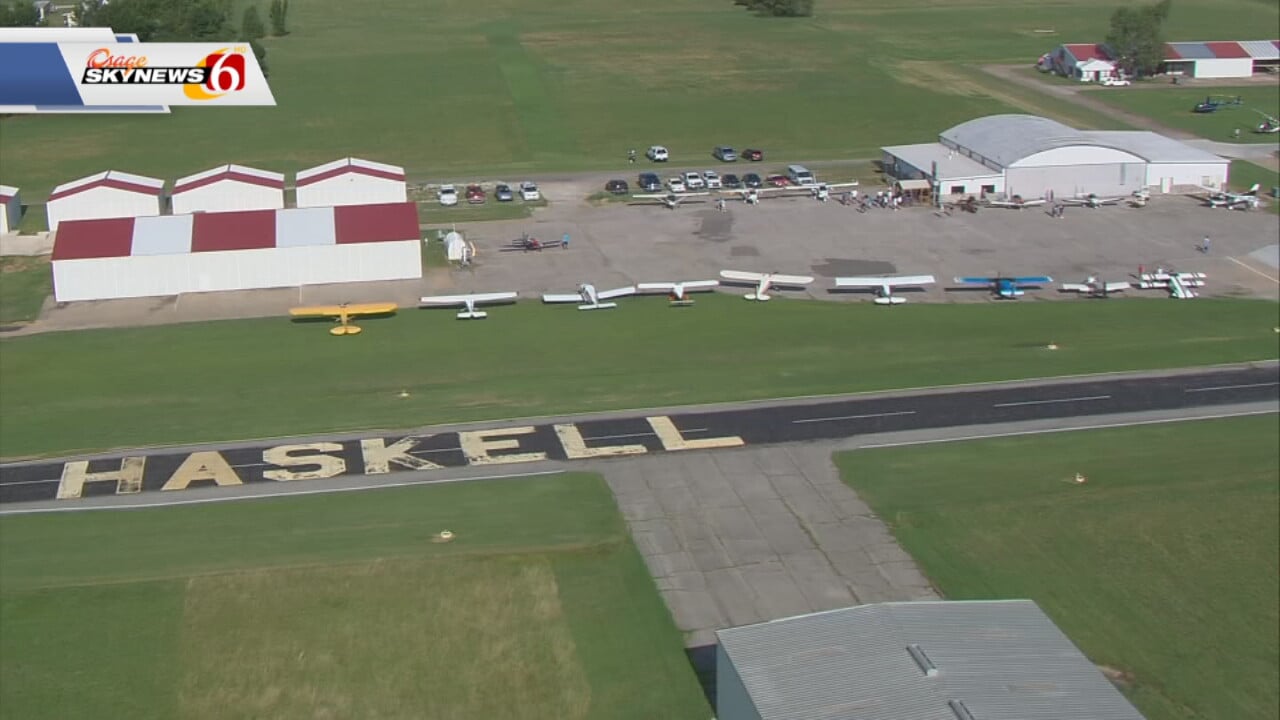 One after another, pilots are touching down at Haskell Airport to connect with each other, talking aviation over coffee and donuts.

"Such a range of individuals, from farmers, that just fly off their farm on the weekends to 747 pilots … the stories get bigger as they go, like most guys who drink coffee and talk too much," says Airport owner Eddie Reynolds.

This is the community Eddie Reynolds envisioned 10 years ago when he bought the airport. He says there wasn't much happening back then, but a post on Facebook changed that.

"One Friday night I just put coffee and donuts at the airport, and I brought a little box of donuts," says Eddie.

He kept doing that every Saturday, slowly attracting people to the airport. One of those people was flight instructor Carl Potter who flew in on his Gyro-plane.

He says over the last 5 years, the airport has boomed with people building hangars, and even homes along the runway.

"It’s been here a long time, but it's never grown like this with a lot of individuals," he says.

It's the friendly aviation community that pilot Dawson Shepherd likes about Saturdays at Haskell Airport.

"I knew a few people here, but when I walked in everyone was like 'hey, how're you? How are you doing? Introducing themselves to me and then they'll talk to you about a plane for as long as you let them," says Shepherd.

Reynolds says owning the airport doesn't make him a lot of money. For him, it's a passion project that's about bringing people together.