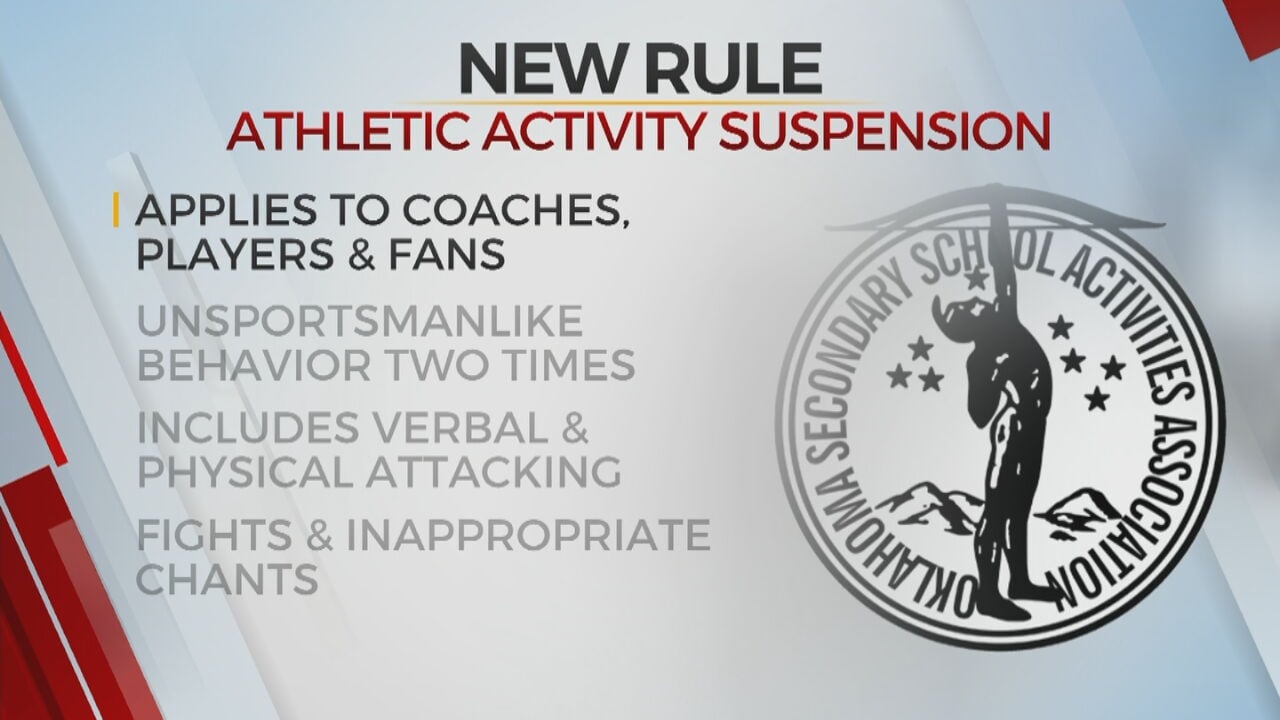 According to the new rule, if a team's coaches, players or fans show "egregious" acts of "unsportsmanlike behavior" two or more times in the same season, the team or individual could be suspended for the rest of the season.

"Unsportsmanlike behavior" includes fans verbally or physically attacking officials or other fans at a sporting event.

The new rule will go into effect this school year.