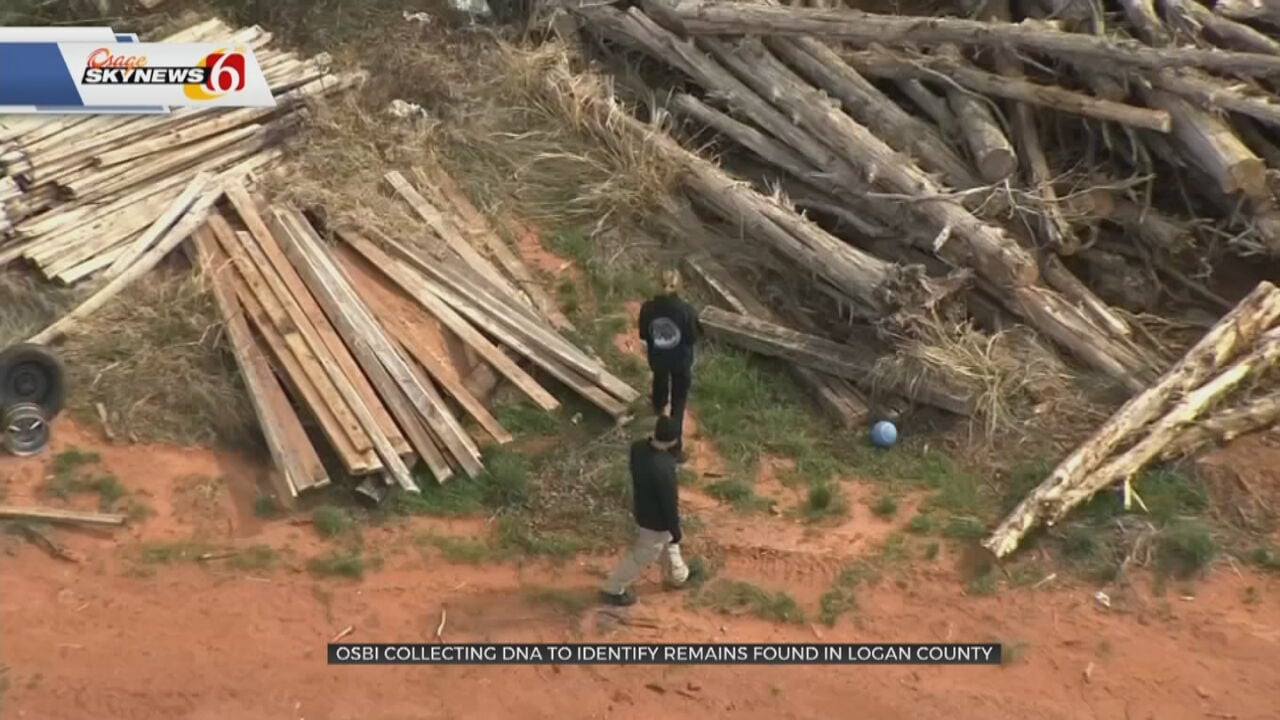 The Oklahoma State Bureau of Investigation (OSBI) is collecting DNA in an attempt to identify bone fragments recovered in Logan County in April of 2022.

The OSBI says in April, the Logan, Pottawatomie and Oklahoma County Sheriff's Offices asked for assistance with an investigation that involved missing persons from each county. It says, police from multiple agencies recovered bone fragments at an Edmond address that were then taken to the Chief Medical Examiner's office to be identified.

OSBI Agents and Sheriff's Detectives from several counties have been working with families of missing persons to try and identify those remains.

The bureau says because of the state of the remains, identification will take some time.