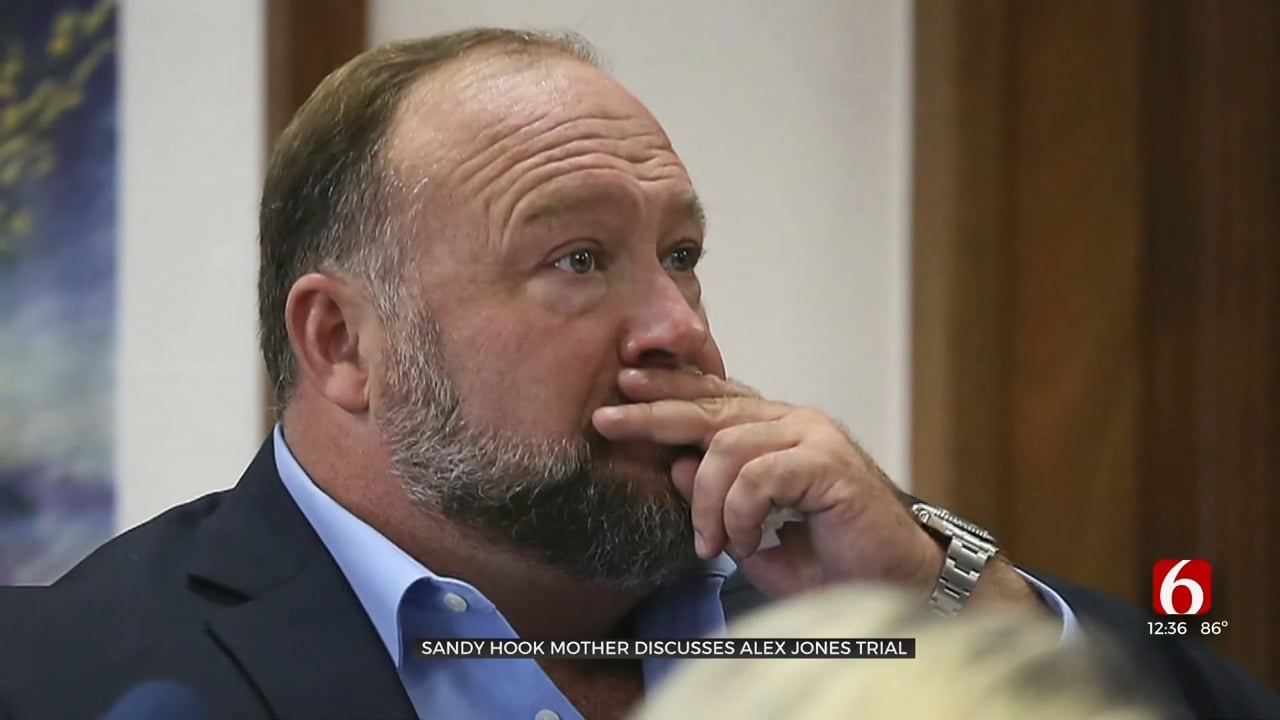 Scarlett Lewis, whose 6-year-old son Jesse was among those killed in the 2012 Sandy Hook Elementary School shooting, says she has forgiven online conspiracy theorist Alex Jones for his repeated claims that the fatal mass shooting was "staged" — but still wanted to hold him accountable.

"I could only feel compassion for him," Lewis said of her first time addressing Jones in-person at a court hearing last week. "What I saw was just a man, a human being in pain, lonely with no one there to testify for him. He had not a person there."

For years, Jones claimed the shooting, which remains one of the deadliest in U.S. history, as a "false flag" created with the intent of increasing gun control in the country. On public platforms, Jones accused family members of the massacre's shooting victims, like Lewis, of being "crisis actors."

But in testimony earlier this month, Jones admitted that it was irresponsible of him to declare the massacre a hoax and said he now thinks it was "100% real."

"I believe that he knows that Sandy Hook happened and that he's made bad choices and I believe that he could make different choices going forward," she told "CBS Mornings" on Tuesday. "I think that he wants to. I think sometimes greed gets in the way."

"My attorney literally asked the jury to choose love over fear and hatred, and they did," Lewis said, adding that she believes the verdict was "fair."

Now the founder of the Jesse Lewis Choose Love Movement nonprofit, Lewis said her goal has been and is to "send a message about the importance of truth" as well as kindness.

"Our personal power as human beings is in our ability to choose in any moment how we thoughtfully respond," Lewis said. "Responding with love is the powerful choice. It feels good and it's going to lead to a safer, more peaceful and loving world. And it's all of our choices every single day from the moment we wake up."