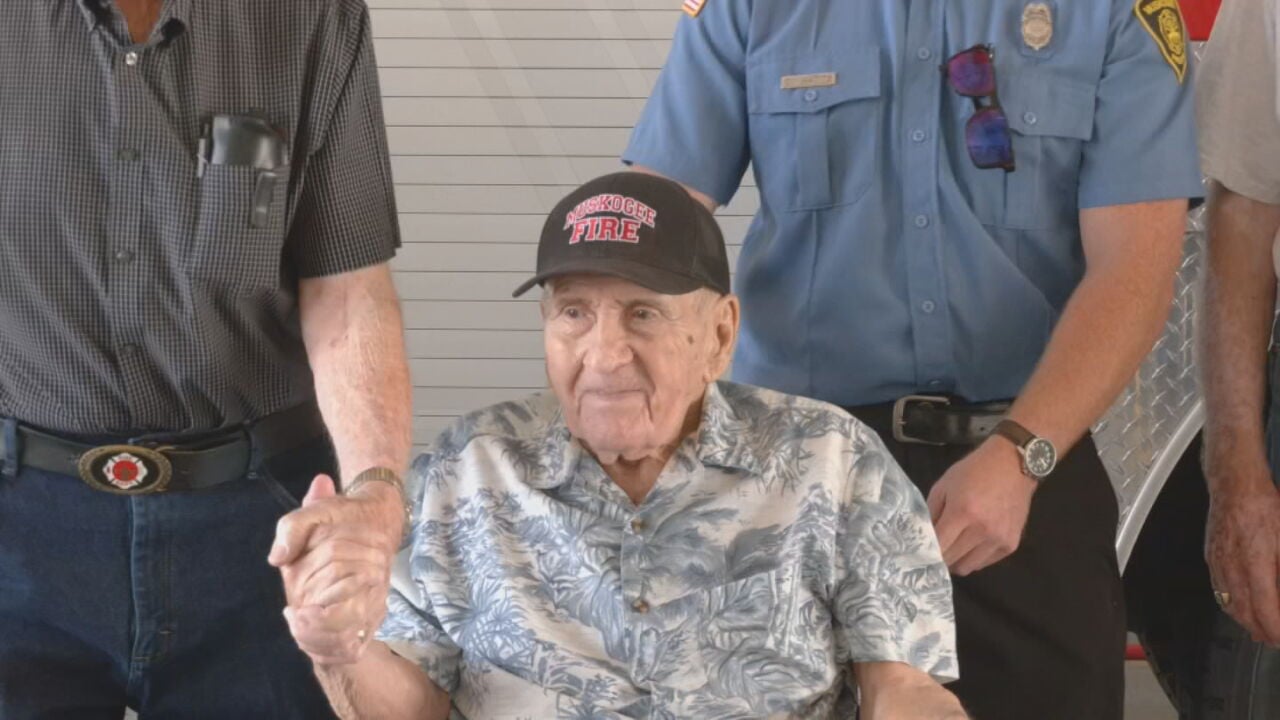 A 95-year-old former Muskogee firefighter was invited back to the Muskogee fire department today, 41 years after retiring.

The trip was through a Muskogee County EMS program that aims to bring joy to people who have served in the county.

Roy Derebery loaded up with Muskogee County EMS, smiling from ear to ear as they left his Vian nursing home to head to the Muskogee Fire Department.

Roy worked as a Muskogee firefighter from 1951 to 1981. He worked as a driver, a captain, and the assistant fire chief.

“We’re going to tour the fire department, I don’t know if they’ll remember me or not," Roy said.

While he may have worried he wouldn't be remembered, when Roy got out of the ambulance, he was greeted with firefighters both old and new, who knew exactly who he was.

“I drove for him for years when I was a driver here and he is just a good man," said former firefighter Cecil Luke.

Several of Roy's former coworkers stopped by the station to see Roy and talk about old times.

They said Roy was a great firefighter, known for being both fair and firm.

“And he was real good at discipline, everybody liked him, and he really believed in doing good work," Luke said.

The trip was through a Muskogee County EMS program called Sentimental Journeys.

The program was created to bring a smile to the faces of people who have given so much to Muskogee County.

“With him spending so much time and 30 years there in Muskogee, he is a true hero, and we appreciate him so much," said Trisha German with Muskogee County EMS.

Roy was able to tour the station and check out the trucks before he was on his way back to Vian.

With a big smile still on his face, it's a sentimental journey both he and his firefighter friends will remember for a long time.