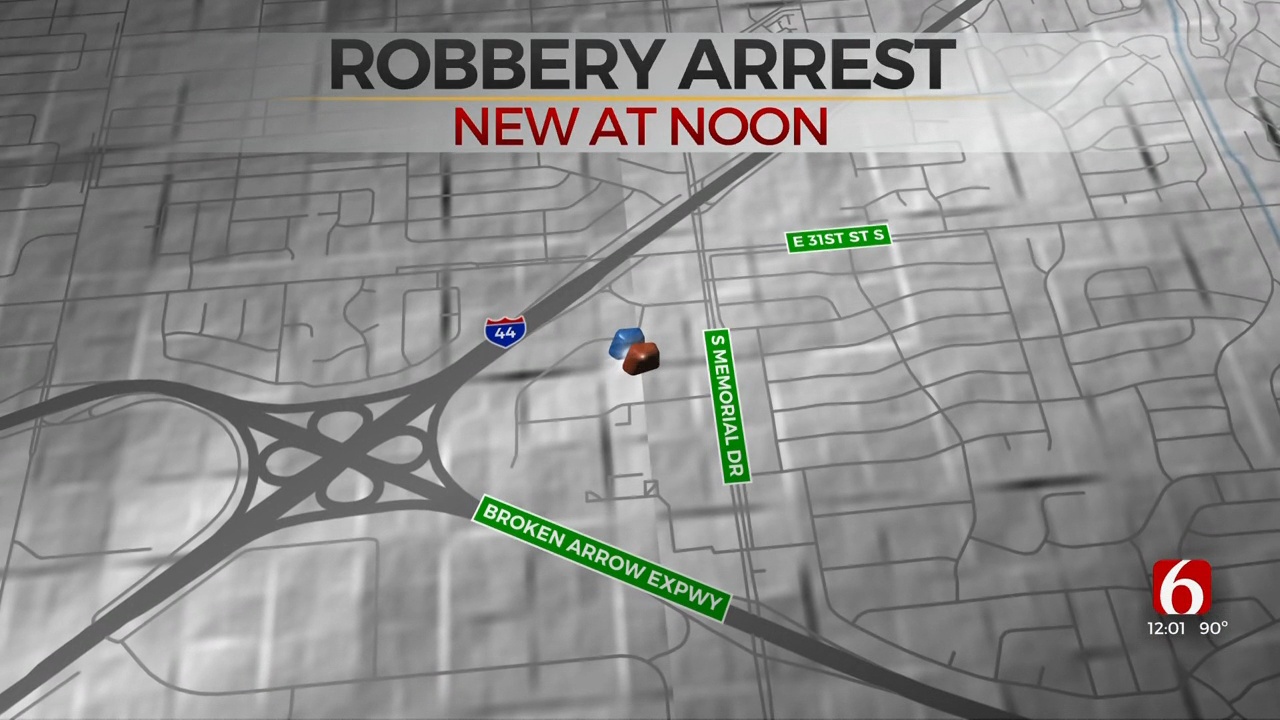 A man is in custody after police say he robbed a man at a Tulsa motel.

Police say the victim allowed a homeless man into his room Tuesday night at the Clarion Inn near I-44 and Memorial in order to shower and shave.

When the suspect was done, they say he threatened the victim with a knife and demanded his cell phone before running off.

Officers arrested him a few blocks away.