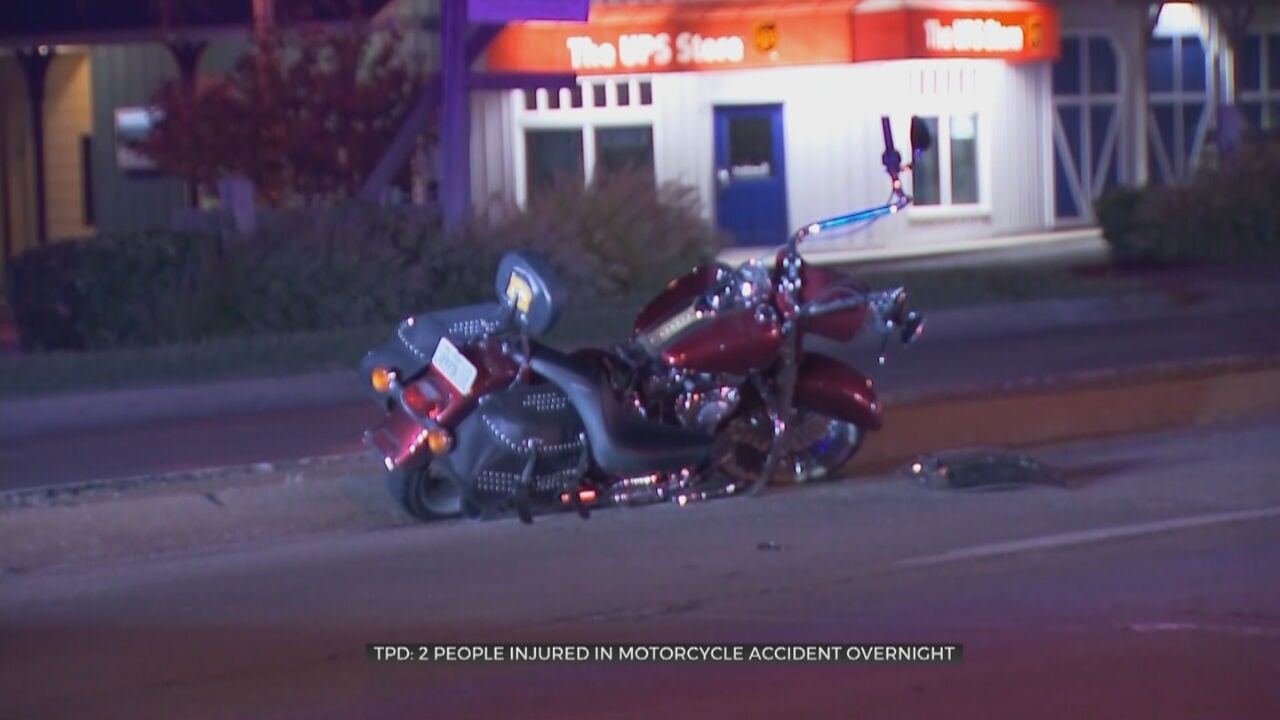 Tulsa police are investigating after a man and a woman were injured when a motorcycle hit a curb early Thursday morning.

According to Tulsa police, the crash happened near East 51st Street and Sheridan Road.