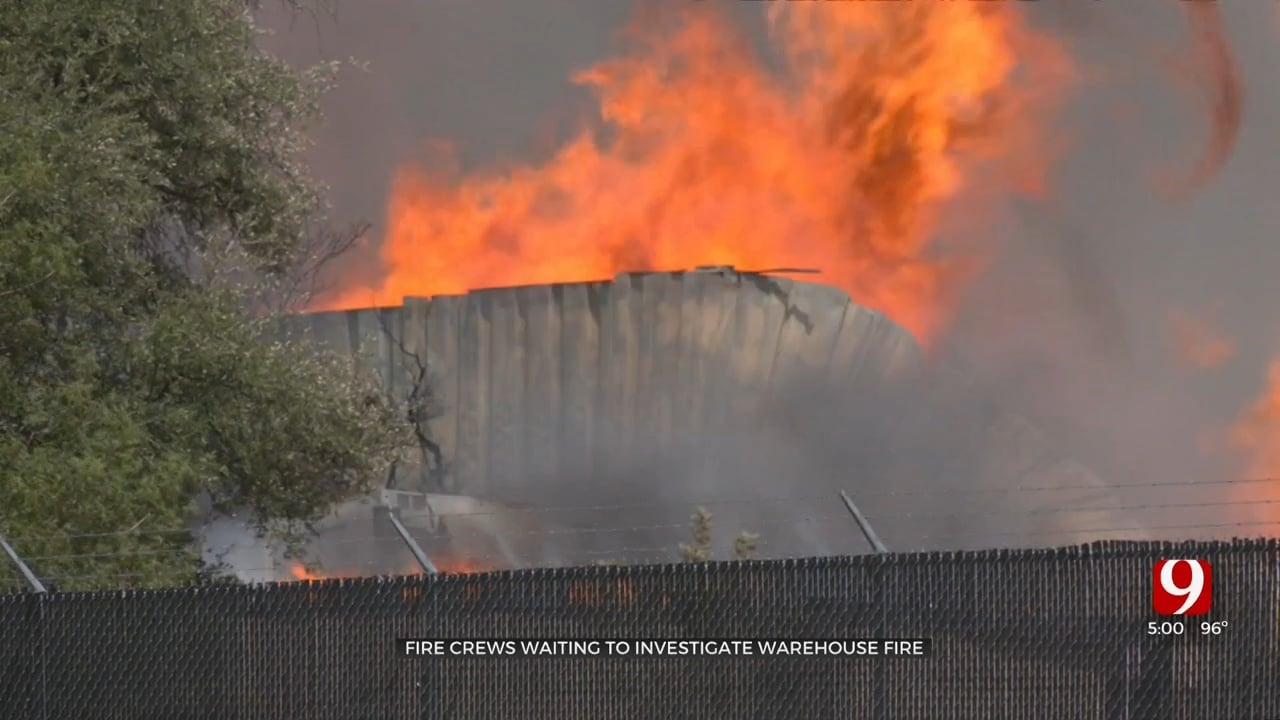 Four days after a large fire in Chickasha, another fire happened with similarities with the first one: both have to do with expired hand sanitizer.

Chickasha Fire Department chief Tony Samaniego said they're anxious to start to dig through the rubble.

It's to answer the 1.5-million gallon question.

“It is still a question to whether this was arson or not," Samaniego said.

Sunday's fire at the Chickasha Manufacturing Co. had crews holster their hoses. Firefighters were only able to sit and watch the building burn.

"We deemed it best to prevent runoff and things like that. And it was a very clean burn, so we allowed the flames to essentially burn themselves out and lose all of its fuel," Samaniego said.

The fuel was an alcohol-based hand sanitizer. Eight thousand pallets -- close to 1.5 million gallons of it -- were in and around the near-120,000 square foot facility.

"Our only alarm bell is that the building wasn't permitted to be occupied," Samaniego said. “We actually sustained some damage to one of our fire trucks. The heat from the fire itself was actually so intense that we had to end up backing off. We started noticing some of the damage to it, and if we would have left that fire truck there, we could have potentially seen a loss there as well.”

A hose along the manufacturing company’s fence suffered a similar fate.

Since the fire, Samaniego said they've had crews at the company round the clock to make sure no one interferes with the investigation site.

Now that the smoke has cleared, the investigation into where the spark came from can begin.

Chief Samaniego said they hope to be able to start that investigation late Thursday afternoon or first thing Friday morning.