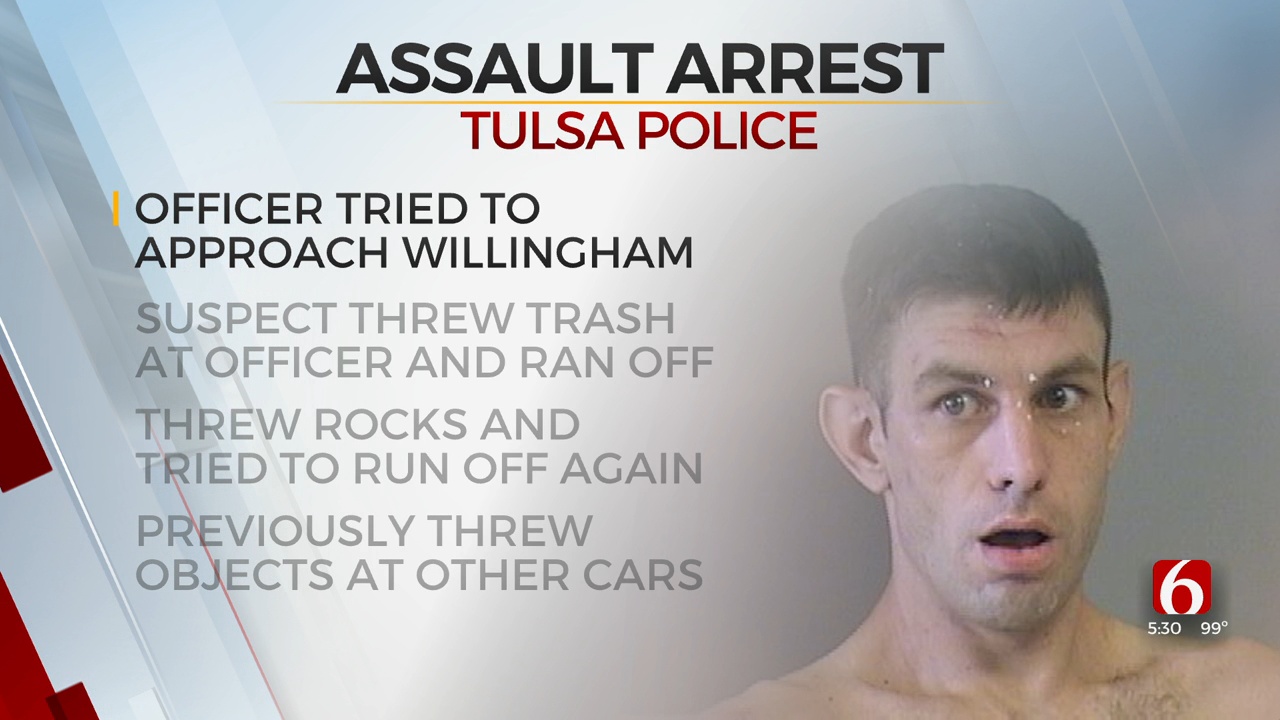 Police say an officer tried to talk to Blake Willingham around 9:45 Friday morning near West Archer and North Phoenix when he threw a box of trash at the patrol car and ran off.

They say when the officer drove up again to talk to him, Willingham threw rocks and hit the car before trying to run off again.

Officers learned Willingham had hit two other victims' cars with rocks and a drink can, causing damage.