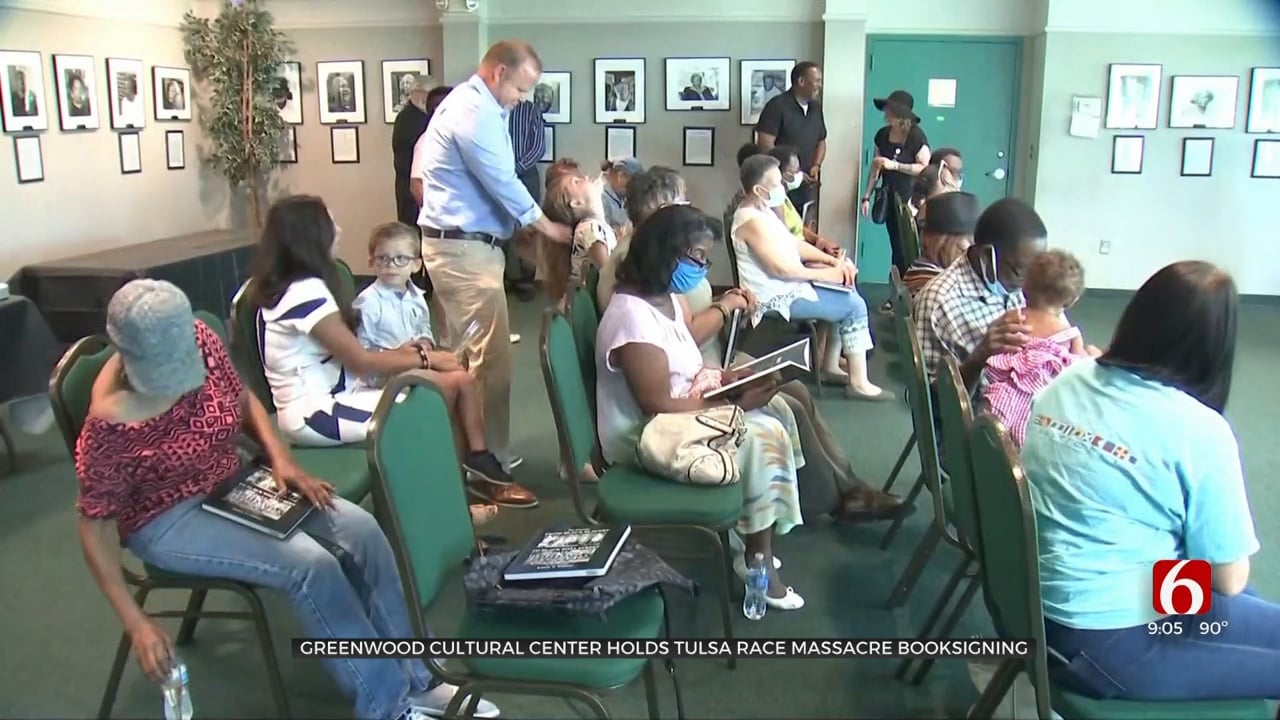 The Greenwood Culture Center had a book signing with the author of "The Journey from Black Slavery to Black Street: The Tulsa Race Massacre".

The book, written by Lewis Wilson, was launched on the 101st anniversary of the Tulsa Race Massacre and highlights the lesser-known history of slavery that began in the 17th century.

It also sheds light on how the Greenwood District became one of the richest Black communities in the country before the 1921 massacre.

"I'm excited that a lot of people here are getting the opportunity to learn what I learned in my research, and that's about the journey from Africa to Black Wall Street. How did we get there and what happened in between," said author Lewis Wilson.

Wilson says you can buy the book online for now but will soon be in Greenwood stores.