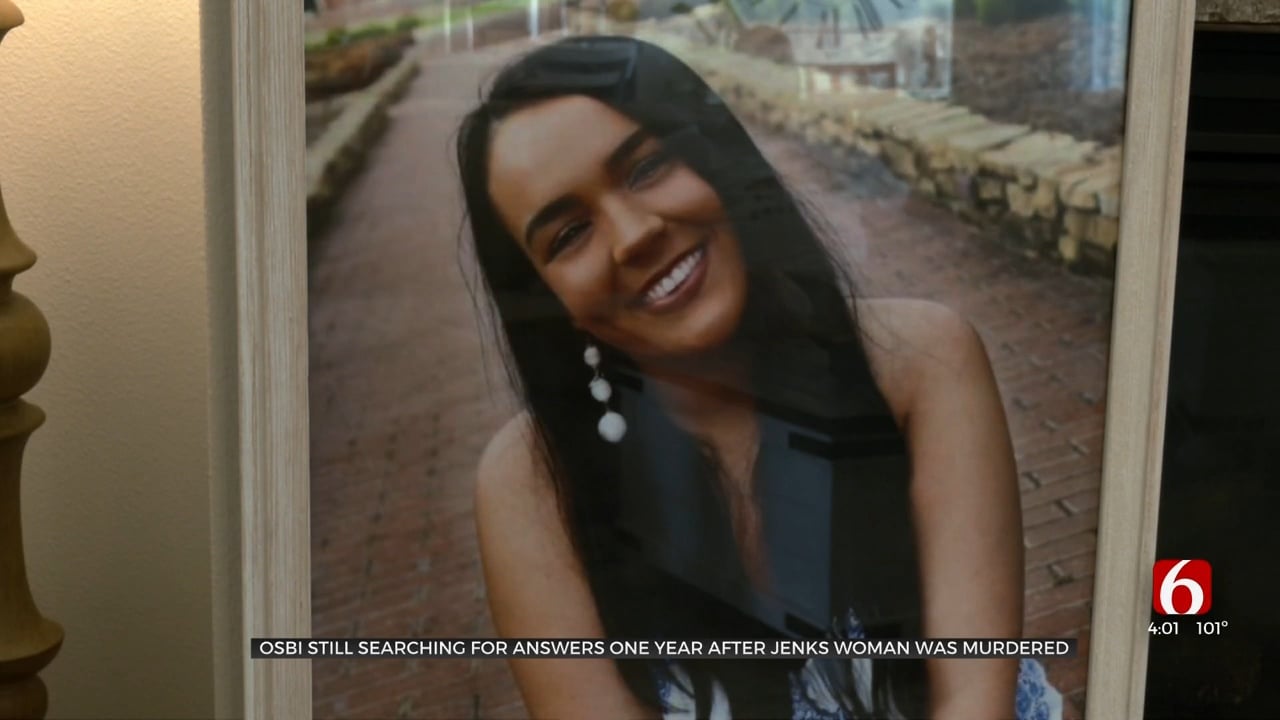 It’s been a year since a Jenks woman was murdered and the OSBI and her family are asking for help finding out who killed her.

They believe there are people out there who know what happened and are urging them to come forward.

Alyssa Edlund, 27, was shot to death in Haskell in August of last year, but authorities are still trying to piece together exactly what happened that day and who was involved.

Alyssa’s father Bobby says this past year has been tough.

"We've pretty much come across all those first anniversaries and not a day goes by, not a minute goes by, that we're not thinking about her and what happened that day and how much we miss her." said Bobby.

The OSBI found and processed two cars seen on surveillance video near the shooting, but other than that, details are few and far between.

"But to know that you have a loved one that has died because of violence, it's a whole different ballpark,” said Bobby. “And one that we still haven't figured out how to really navigate through yet."

The Edlund family and the OSBI believe there are people out there with more information on Alyssa’s murder and they urge those people to come forward.

"Put yourself in our shoes, do the right thing. If it's weighing on your conscience, come forward," said Bobby.

Bobby says he wants Alyssa to be remembered for the person she was and wishes he could have just a few more moments with her.

"I wish that we had one more day to go hunting,” said Bobby. And just how much I love her, how much we all love her."

If you know anything about the Alyssa Edlund case, you are encouraged to contact the OSBI.