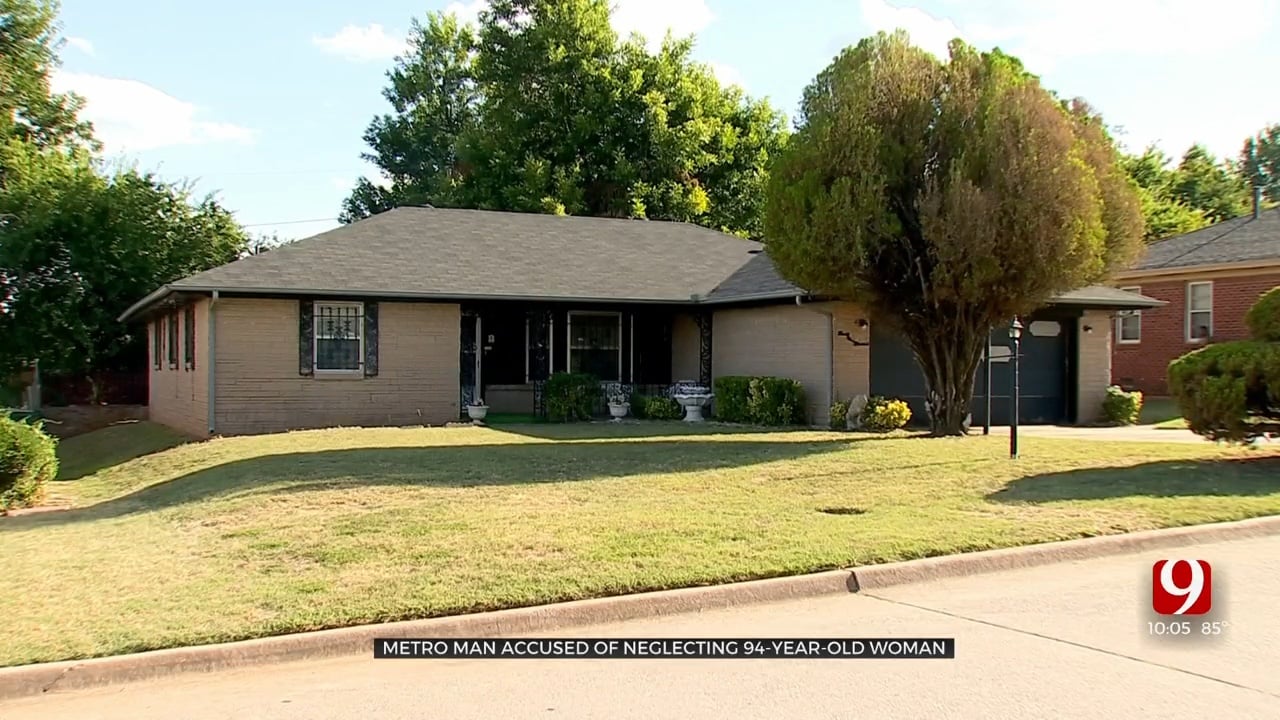 A self-proclaimed metro activist is coming to his own defense after a 94-year-old woman he cared for was allegedly found wasting away and covered in bugs.

Inside documents, medical staff and police claim when they rescued the 94-year-old woman from her home in July she was only 65 pounds.

“I see how frail she really is, it's one thing to hear a doctor's report, but to look at her and not be able to find her, that’s when you know,” said Katherine Burkhalter’s son, Byron.

After visiting in June, Byron Burkhalter said he made the difficult decision to have his mother removed from her beloved home of 58 years.

“That house was a huge part of her pride and identity,” said Byron.

According to a police report, officers responded to a disturbance at the house in July. Byron had arrived at the home to move his mother Katherine into medical care.

And while Michael Washington, Katherine's live-in caretaker admits he was upset. and protested her removal.

He denies failing to care for her.

According to reports, the air conditioning was turned off, Katherine needed to be changed, and "had open sores on her buttocks."

Medical staff reported "she had bedbugs on her person."

“If bed bugs are there, you don't see me scratchy and itchy. You don't see no one coming and spraying,” said Washington.

Pictures and video show after Katherine was removed, police returned to the home. Reports show they collected evidence of alleged neglect.

And while Washington was in court Monday, hoping to remain in Katherine's home, and in possession of her car, her family said they're fighting to keep him away.

“My mom kept me safe, her circumstances, I feel guilty for that. But I’m going to keep her safe the best I can, but I do need the system to realize he is a threat.” said the woman’s son.

According to Washington he's filed paperwork in hopes of becoming Katherine's legal guardian. No charges have been filed.