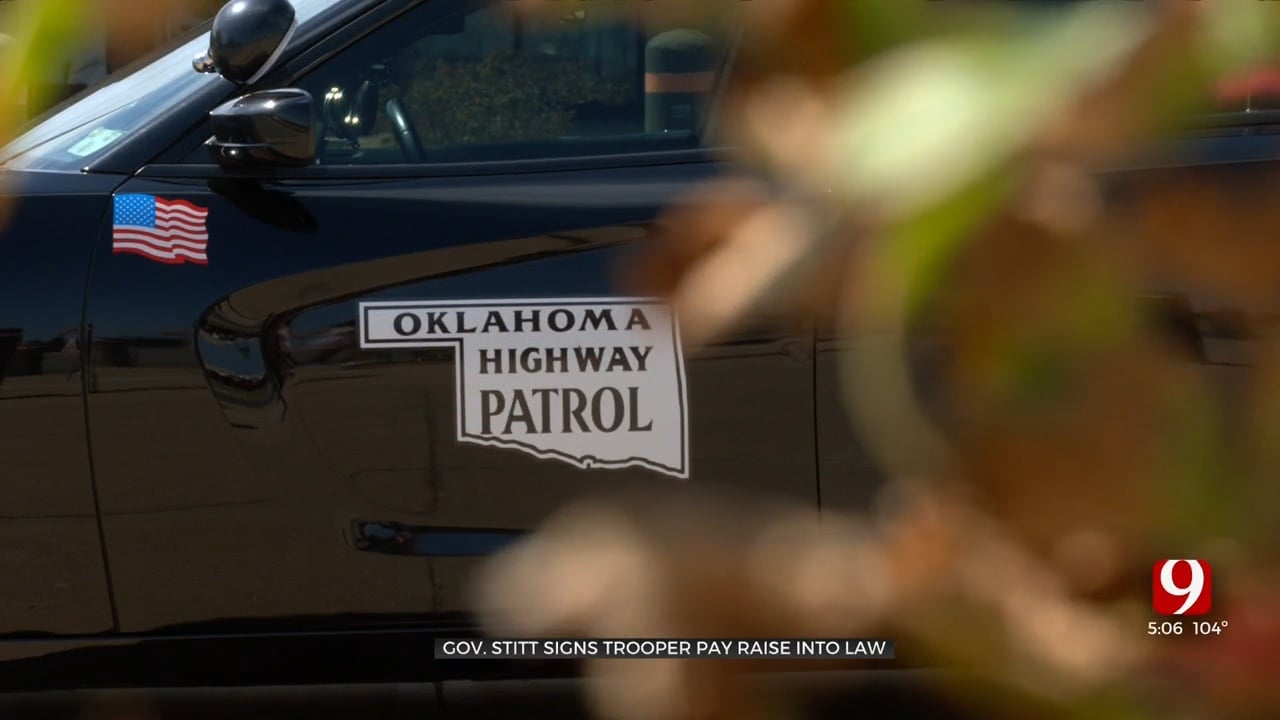 Oklahoma Highway Troopers started their Tuesday with some good news. There's a new recruitment push, but that's not all.

Governor Stitt signed a pay raise into law and announced a new partnership to get more troopers on Oklahoma roads.

Troopers will see bigger checks for the first time in approximately a decade. They also hope more people will want to wear the OHP uniform.

Before Tuesday, hopeful troopers needed either 62 college credit hours or an associate degree in hand to apply.

"We changed that this year,” Stitt said. “Now, the statute says you need to have sixty-two hours before you get commissioned as a state trooper.”

Stitt’s signature made the change official. It may be a small step by Gov. Stitt, but it's a giant leap for the Oklahoma Highway Patrol.

"It's really going to help these deputies, other municipal officers who want to come to the Oklahoma Highway Patrol, and they've gotten caught up in life and didn't have time to go through and get those 62 college credit hours," OHP Trooper Eric Foster said.

The program will be through a partnership with OSU-OKC. Troopers will earn up to 39 credit hours during an academy.

Prior police experience will also count as credits. One year is equal to 10 credits, and up to thirty can be applied.

"When these significant situations arise, the highway patrol comes in from all over the state and brings in assets,” Foster said. “Anything we can do to help resolve a situation with an agency, how close (they) are when they come. They're coming, but they may be coming from a county away or two counties away. This will ensure that the recruiting process is raised that the amount of troopers in a given area is thicker, so the response from the Oklahoma Highway Patrol will be greater.”

Troopers are getting a 30 percent pay raise. The new rates went into effect July 1.

"You talk about cost of living and the population explosion in the state of Oklahoma, to be the same pay rate as we were a decade ago, that kind of puts it into perspective," Foster said.

Stitt also announced the creation of a “Wellness Division,” a peer-to-peer program for troopers to catch early signs of trauma and get them the help they need.