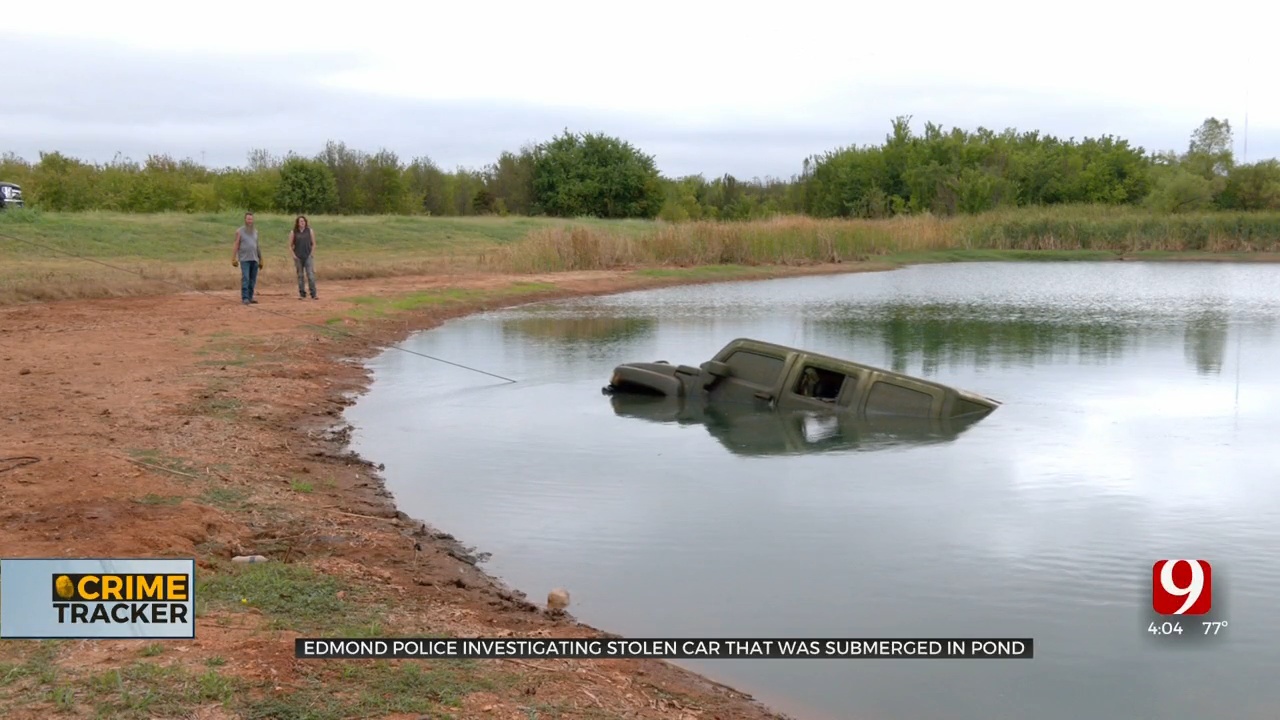 Some Edmond residents not only noticed their neighborhood pond was low but saw an SUV poking out of the shallow water.

The lack of rain is exposing what lies beyond the surface.

“It's like we have our own Lake Mead situation here as the drought continues and the water levels drop,” resident Eldon Hunt said. “Who knows what's going to turn up next?”

“When I first found out that there was something in the pond, I can look over and see it,” Smith said. “It was just too far away to make out what it was.”

Smith said he walked over and saw a submerged SUV turned up in the neighborhood. He then called Edmond police.

“Not trying to get our neighborhood on ‘Dateline,’ or anything like that, but if it can help out an investigation of some sort, I think that's important,” Smith said.

Edmond police said it's a stolen vehicle. An underwater search and recovery team arrived to take a closer look at the SUV.

Divers were able to read off a VIN number.

Edmond police said that the SUV is a 2008 Hummer H3. The vehicle was reported stolen out of Oklahoma City in Jan. 2020.

Authorities looked inside but found no signs of anything suspicious.

“This is the absolute most attention this pond has got besides folks pulling in and dropping a line,” Hunt said.