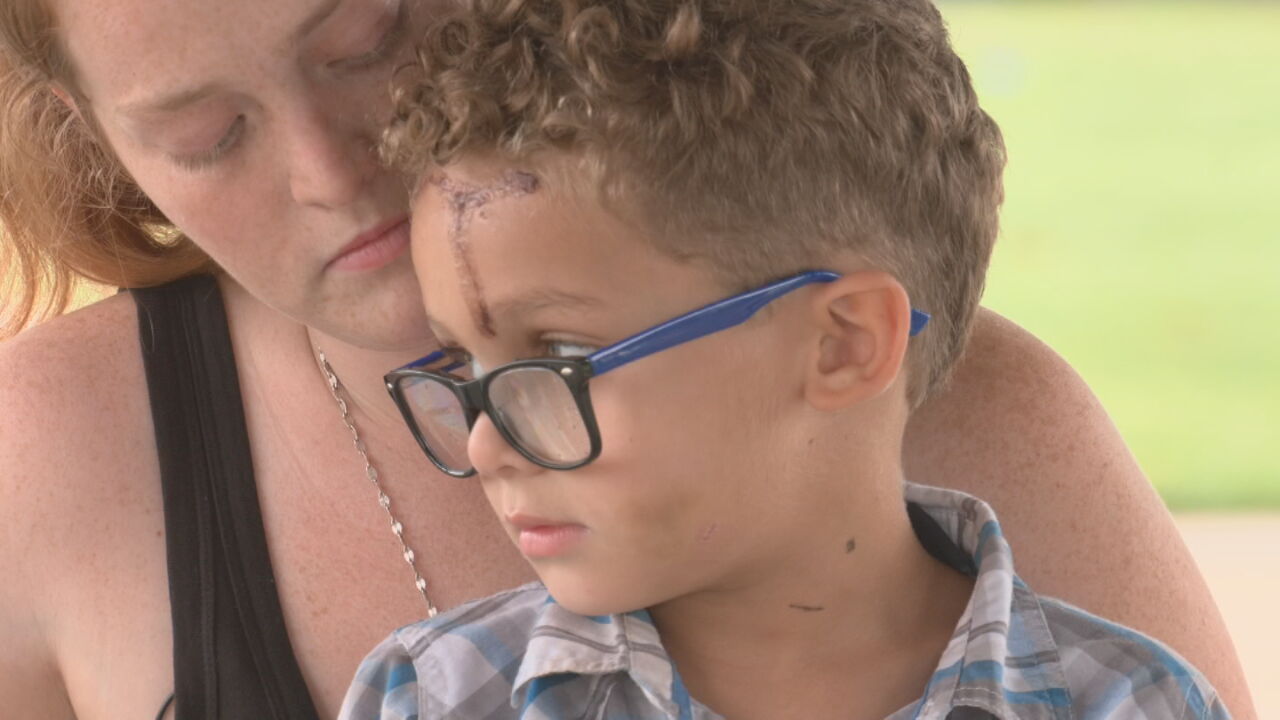 A mom is sharing her frustration after her four-year-old son was attacked by a dog in Creek County.

It's a tricky situation. The mom said nobody has come forward to claim ownership of the dog and it happened outside of the nearest Animal Shelter's jurisdiction.

That leaves her to wonder who could do something about it.

Liam Ransom is just four years old. Like any other kid he's excited for his fifth birthday, but in his own words, he almost didn't make it there.

His mom Jade Zollars said Liam was invited to a birthday party on the 6th with several other kids just west of Oakhurst.

“An adult comes running to me telling me, ‘Hey Liam busted his head open,'" she said.

Liam went to the ER for surgery and stitches.

Zollars said a deputy came to the hospital to take a report.

“The doggy got me," Liam said. Days later - the dog is still there.

“I’ve gotten in touch of so many animal controls and so many shelters between Tulsa County and Creek County and they just keep giving me the runaround," Zollars said.

The Sapulpa Animal Shelter calls the rural area it happened in a 'no man's land' when it comes to animal control. It's too far outside their jurisdiction, leaving it to the Creek County Sheriff's Office.

However, the Sheriff's Office doesn't have an animal control department.

“At least I’m not dead mom," Liam said. Liam's right - the bright side is he made it out alive and he's staying in good spirits.

But with no one able to take the dog away, his mom worries about the next time someone's kid gets too close.