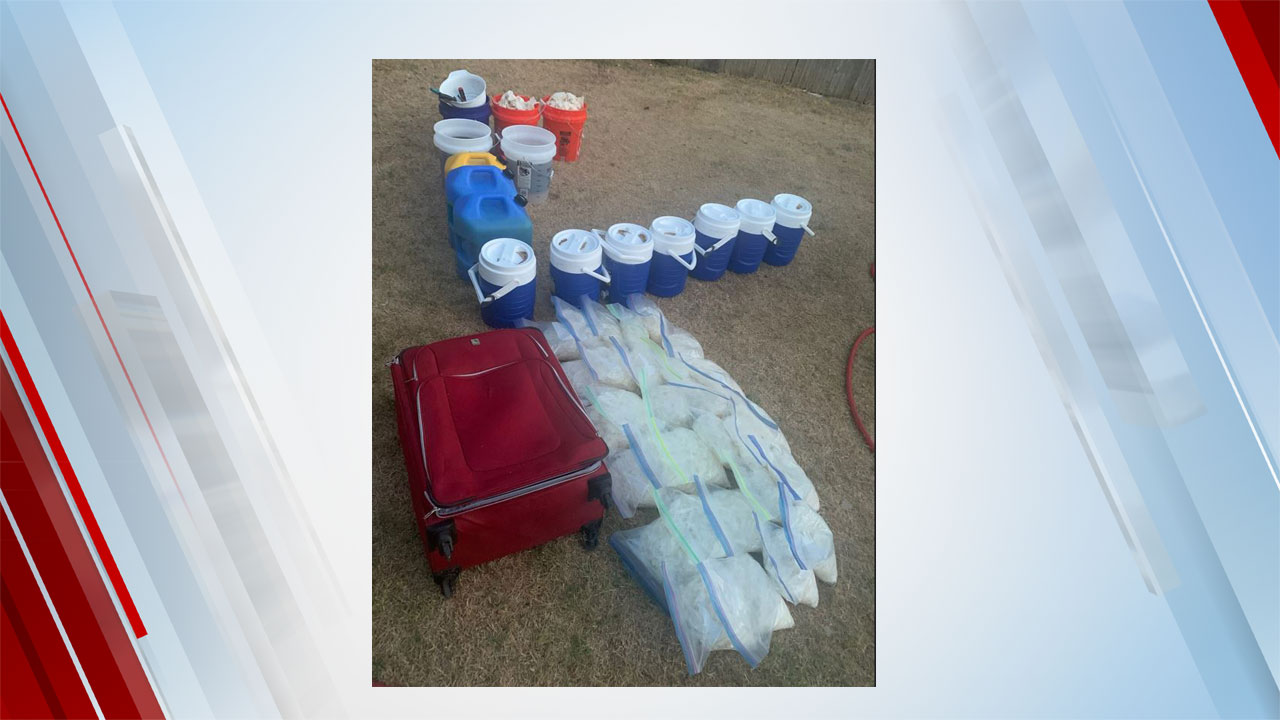 The Oklahoma Bureau of Narcotics announced what it described as one of the largest meth seizures in state history.

Officials said 589 pounds of meth were trafficked by an organization moving the drugs from Mexico into parts of central and western Oklahoma.

OBN said the multi-agency investigation, which began in July, resulted in the seizure of meth, four firearms and five arrests.

The agency said it is not naming any suspects at this time due to the ongoing nature of its investigation.