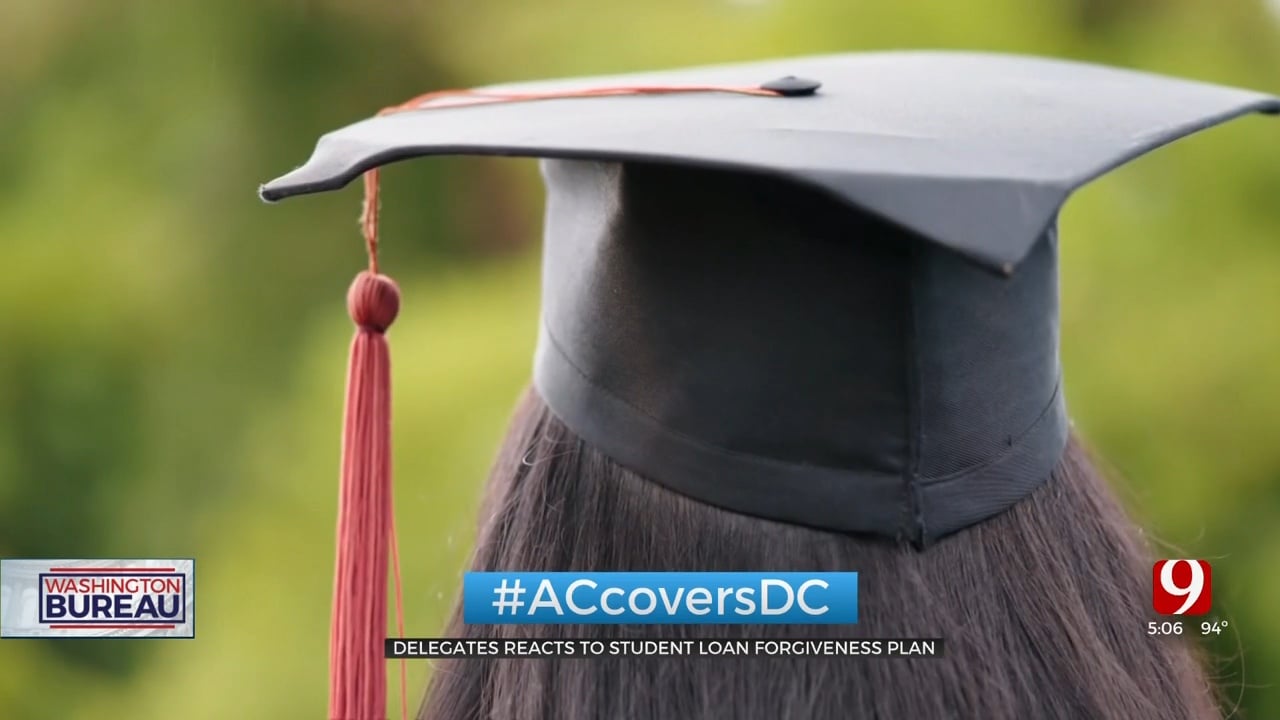 Members of the Oklahoma congressional delegation, along with Republicans in general, are slamming President Biden’s plan to reduce or eliminate the student loan debts held by more than 40 million Americans.

Under the plan, which would fulfill one of the president’s campaign promises, anyone making less than $125,000 a year ($250,000 for families) could eliminate up to $10,000 in federal student loan debt. Those who received Pell grants and meet the same income parameters, could erase up to $20,000 of their federal debt.

The White House estimates that will add up to about 43 million people who could have at least a portion of their debt forgiven.

“Of the 43 million, over 60% are Pell Grant recipients,” said Biden at a news conference Wednesday. “That's 27 million people who will get $20,000 in debt relief. Nearly 45% can have their student debt fully canceled. That's 20 million people who can start getting on with their lives.”

The president’s plan, which is almost certain to face legal challenges because of the authority on which it's based, is expected to cost more than $300 billion and is being called an irresponsible election year ploy by Republicans.

“This is an obvious giveaway meant to influence and energize younger voters on the eve of an election,” said Rep. Tom Cole (R-OK4) in a statement, “and it is completely unfair to those who have repaid their debts, paid for college on their own or decided not to go to college at all to avoid debt.”

“This shortsighted decision will exacerbate record-high inflation and raise the cost of tuition in the long run,” said Rep. Stephanie Bice (R-OK5). “Forgiveness without accountability is not a solution.”

While the repayment of federal student debt has been paused during the pandemic, Biden has been under pressure by the Democratic Party's more progressive members to cancel the debt outright.

Instead, Biden offered a more measured approach which he hopes will satisfy the party base while minimizing concerns of moderates over reckless spending.

"I believe my plan is responsible and fair," Biden said. "It focuses the benefit on middle class and working families."

Republicans have characterized the plan as benefitting largely affluent Americans at the expense of lower-income, blue collar workers who couldn't, or chose not to, go to college.

"We do not need farmers and ranchers, small business owners, and teachers in Oklahoma paying the debts of Ivy League lawyers and doctors across the U.S.," tweeted Rep. Markwayne Mullin (R-OK2), who is the GOP candidate to fill Sen. Inhofe's unexpired term.

Several of Mullin's Twitter followers pointed out that the high salaries of most Ivy League lawyers and doctors would disqualify them from the forgiveness plan, and another added, "How tone deaf. Farmers and ranchers get bailed out (rightfully so) every drought, every flood."

Still, legal challenges are all but certain.