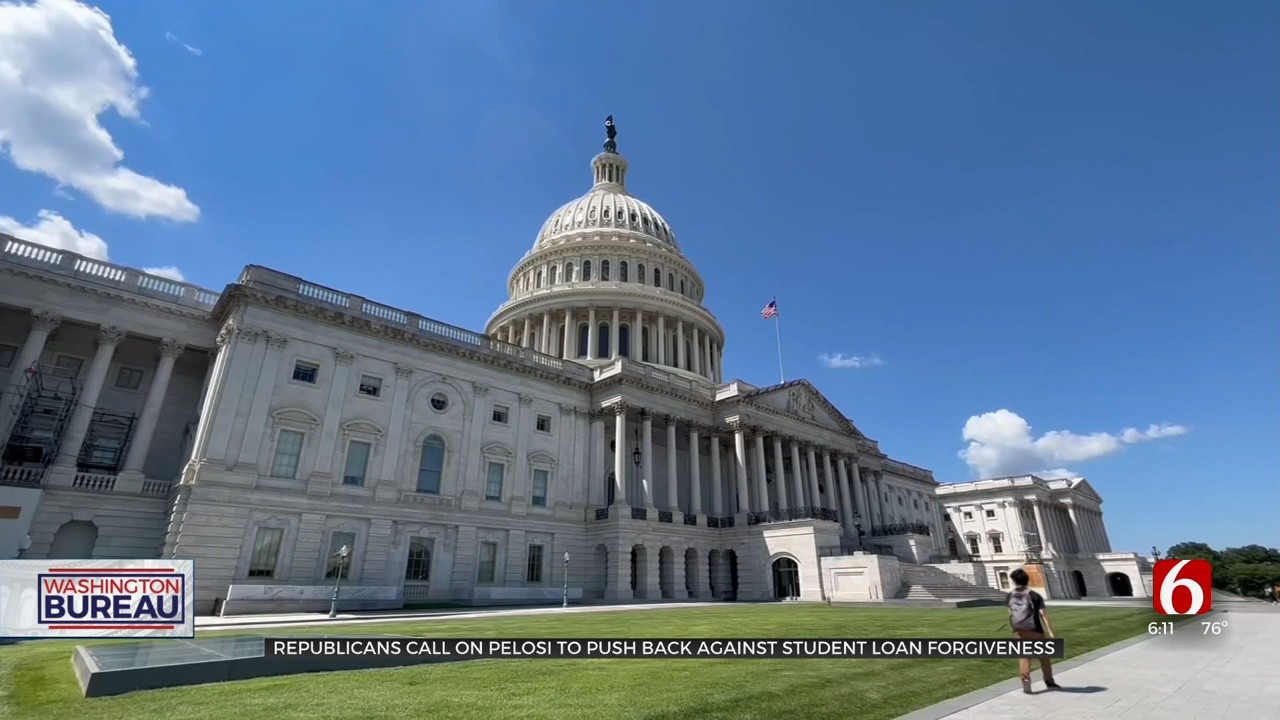 Critics of President Biden's student loan forgiveness plan, including Republican state attorneys general, continue to look for ways to challenge it in court. Meanwhile, Republican members of Congress have sought out an unlikely ally in preventing the plan from taking effect.

President Biden has been under pressure from the left since taking office, not just to postpone student debt repayment, but to cancel it outright. But some Democrats, including one of the most powerful in Congress, have said it couldn't be done.

"The president can't do it, so that's not even a discussion," said Speaker of the House Nancy Pelosi (D-CA) 13 months ago during a news conference at the Capitol.

"Using the authority Congress granted the Department of Education," the president stated, "we will forgive $10,000 in outstanding federal student loans."

The plan also calls for forgiving up to $20,000 for Pell Grant recipients. It includes an annual income cap of no more than $125,000 for a single person.

Republicans have blasted the plan, not just because they say it's unfair to those who didn't go to college or who already paid off their debt, they say its $300 billion price tag will add to the national debt and insist it is not lawful.

Ninety-four of them, including Representatives Kevin Hern (R-OK1) and Stephanie Bice (R-OK5), sent a letter to Speaker Pelosi reminding that she so herself last year:

"People think that the president of the United States has the power for debt forgiveness," Pelosi told reporters on July 28, 2021, "he does not. He can postpone, he can delay, but he does not have that power. That has to be an act of Congress."

"Although we may disagree on many things," the letter reads, "your statement in July 2021 was correct. President Biden's student loan giveaway is unconstitutional and illegal."

The group goes on to urge Pelosi to defend the Constitution and oppose the forgiveness plan. So far, she has not commented on her remarks of a year ago and only has issued a statement in support of the plan.