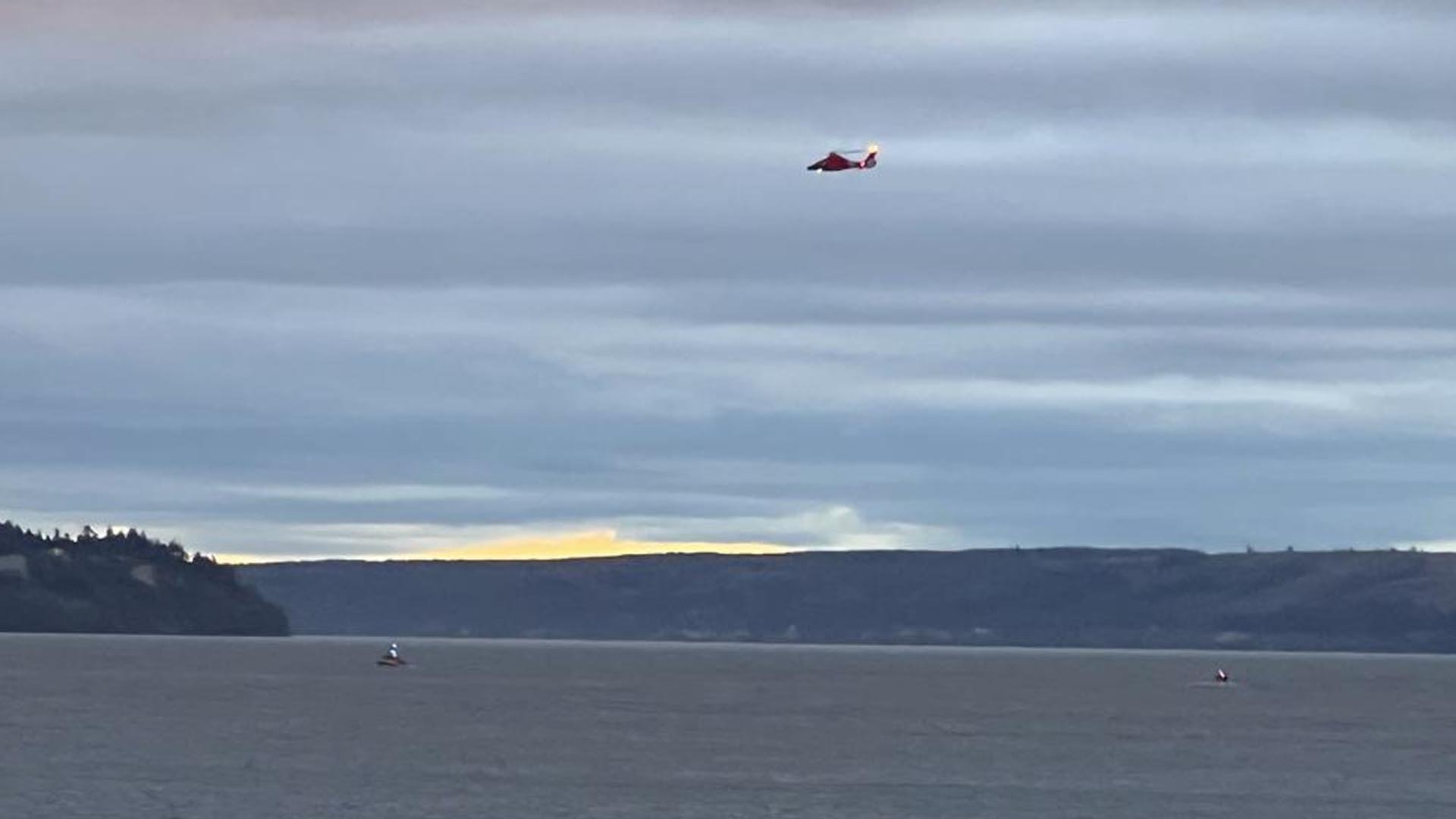 One person was killed and nine people remained missing, including a child, after a floatplane crashed Sunday afternoon in Puget Sound in Washington state, the U.S. Coast Guard said.

The agency said in a press release the plane was flying from Friday Harbor, a popular tourist destination in the San Juan Islands, to Renton, a southern suburb of Seattle.

Four Coast Guard vessels, a rescue helicopter and an aircraft were involved in the extensive search, along with nearby rescue and law enforcement agencies. Two vessels were to continue searching during the night and air patrols would resume at first light, the Coast Guard said late Sunday.

The crash was reported at 3:11 p.m. The Coast Guard said one body had been recovered and nine people were still missing. The cause of the crash is unknown, authorities said.

The plane went down in Mutiny Bay off Whidbey Island, roughly 30 miles (50 kilometers) northwest of downtown Seattle and about halfway between Friday Harbor and Renton.

The National Transportation Safety Board said the plane was a de Havilland DHC-3 Otter, a single-engine propeller plane.

Floatplanes, which have pontoons allowing them to land on water, are a common sight around Puget Sound, an inlet of the Pacific Ocean. There are multiple, daily flights between the Seattle area and the San Juan Islands, a scenic archipelago northwest of Seattle that draws tourists from around the world.

These aircraft, which also fly between Seattle and Vancouver, British Columbia, frequently travel over Seattle and land in Lake Washington, not far from the city’s iconic Space Needle.

Renton, where authorities say the flight was headed Sunday, is at the southern tip of Lake Washington, about 10 miles (16 kilometers) southeast of Seattle.

In 2019, a midair crash in Alaska between two sightseeing planes killed six people. The Ketchikan-based floatplanes were carrying passengers from the same cruise ship, the Royal Princess, and were returning from tours of Misty Fjords National Monument.