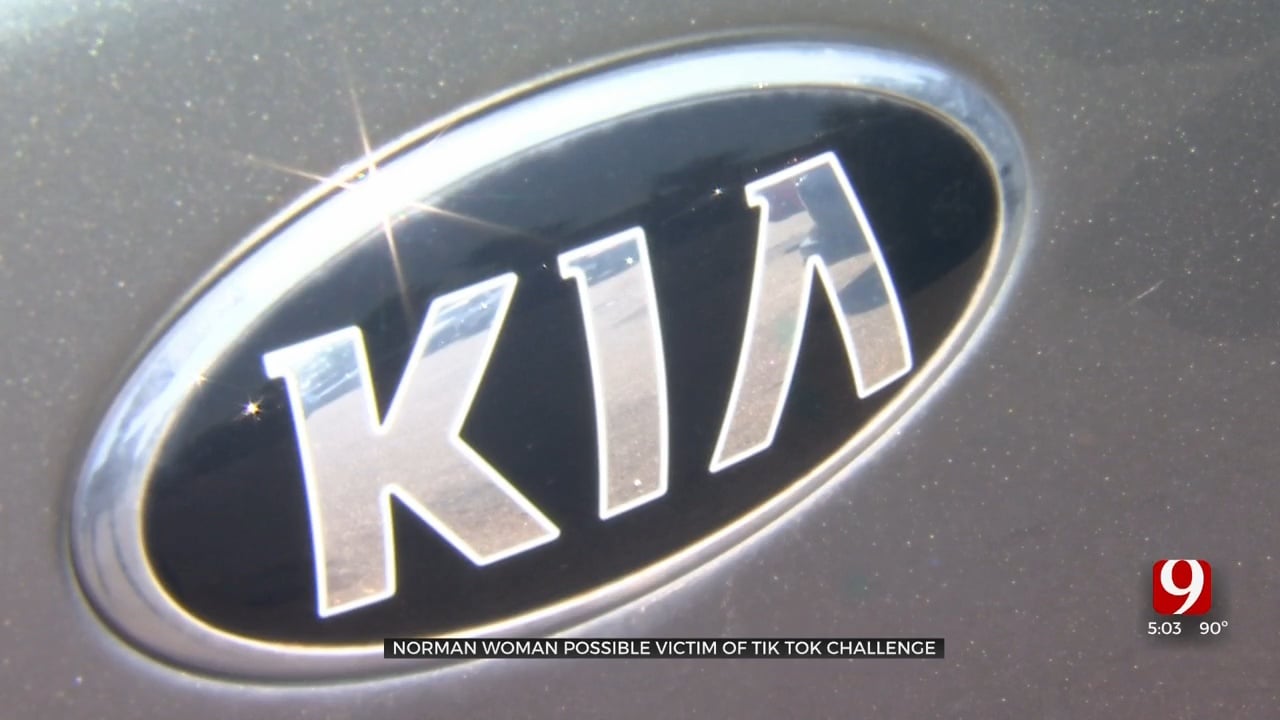 A troubling trend on social media has led to the theft of thousands of cars across the nation. A woman in Norman believes she was nearly one of those victims.

There are many questions Sarah Carp-Moore has about how her Kia Soul ended up in its current state.

“I don’t see the logic in it at all,” Carp-Moore said.

The damage sustained to the steering column, ignition and door panel Tuesday morning totaled an estimated $2,900.

“He pushed too far and broke it too much that it locked up all the steering and you couldn’t pull it out of park,” Carp-Moore said.

Even in that condition, Carp-Moore said the tow truck driver that picked it up told her it could have been worse.

“He said, ‘We were lucky,’” Carp-Moore said. “Normally, when he recovers them, they are totaled.”

Carp-Moore said the tow truck driver then told her about the trend, which primarily targets Hyundai and Kia vehicles.

“Which is apparently a gang that is spreading across the United States,” Carp-Moore said. “The challenge is to steal Kia’s and the average age is between 11 and 14.”

Carp-Moore said the thieves’ goal is to steal the car, take it for a joy ride and total it.

The videos are then posted on social media. Many of them have instructions on how to steal the vehicle.

Carp-Moore now gets to work two hours early, so her husband can take the kids to school. He then drives into Oklahoma City for work and reverses the trip in the afternoon.

“We went from a family with two cars to a family of one car,” Carp-Moore said. “That just doesn’t work for us.”

With bills, a mortgage and now an insurance deductible, Carp-Moore has been left with questions about how the family will manage without one vehicle.

“I try to get through my day at work,” Carp-Moore said. “Then, when I get home and my kids are in bed, that’s when I cry and stress.”

Carp-Moore now wonders if everything she’s gone through was over a hashtag and a few likes.

Her husband plans to install a steering column lock as soon as the car is returned.

Meanwhile, Norman police said there isn’t a consistent trend within its city limits.