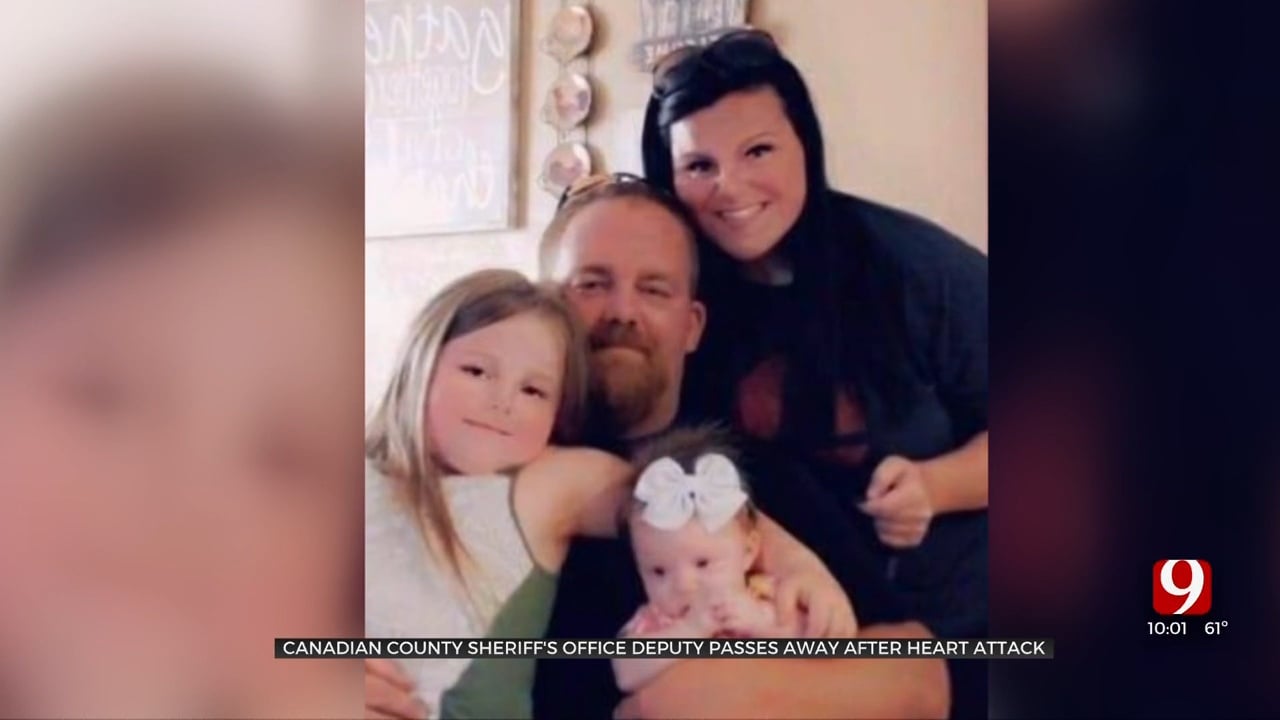 On Thursday, the Canadian County Sheriff's Department lost one of their own.

Tiffany Baxter describes her husband Justin as a loving husband, a caring father, a family man and a public servant.

"He was such a kind and gentle man that would give you the shirt off his back."

Tiffany says Justin suffered from a heart attack several years prior but recovered.

Justin had served in the National Guard for 7 years and first joined law enforcement in 2020.

He worked in the communities of Canton and Geary, then he fulfilled his dream of being a Canadian County Sheriff's Deputy.

Justin and Tiffany enjoyed hunting, spending time together and raising their two girls.

"I couldn't have picked a better man to have children with, our oldest Kayla is wrapped around his finger."