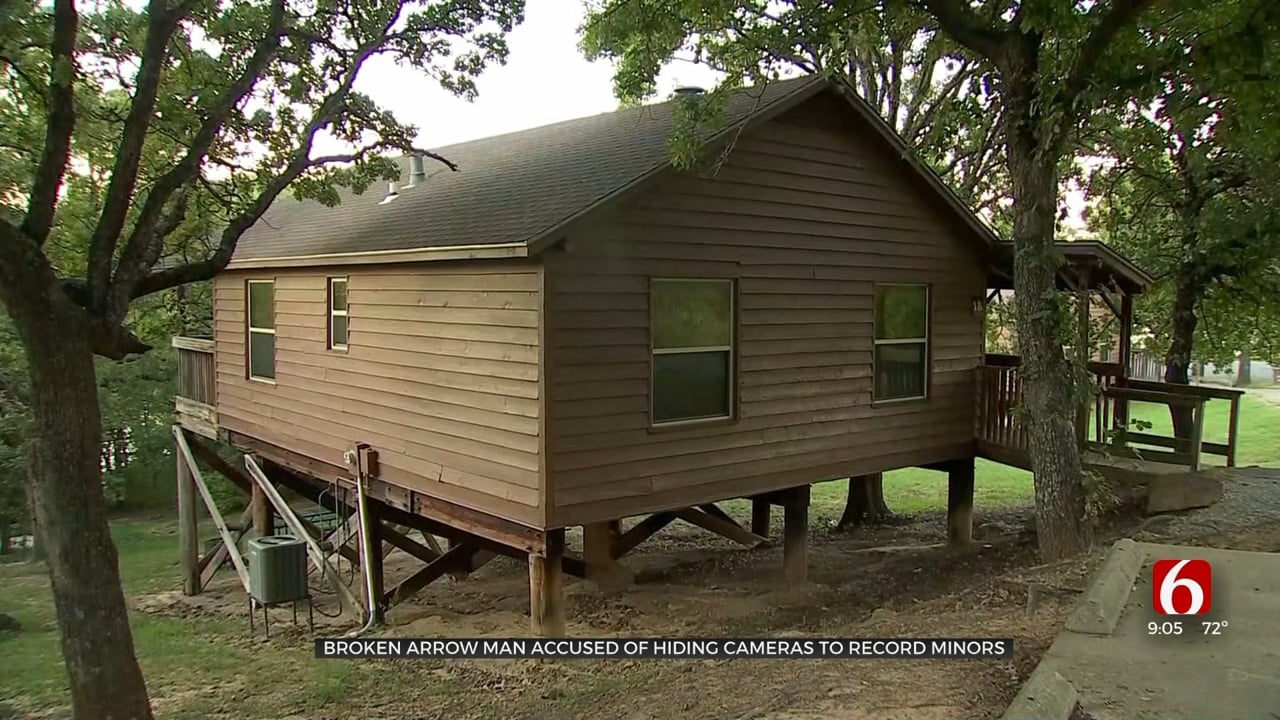 Agents from Homeland Security Investigations in Tulsa arrested a Broken Arrow man accused of hiding cameras in a cabin and in his own home to record minors.

The affidavit said the case came to light in August when Philip Sprenger and his wife had a birthday party for their teenage daughter and she invited friends to come to Keystone Lake.

The affidavit said after a day of swimming and fun, as the girls were getting ready for bed, they saw a red light coming from what looked like a USB wall charger in the bathroom.

It said Philip Sprenger had rented the cabin, so the girls turned over the cameras to him, with the SD cards.

It said some of the girls went to the park office to report what happened and when Sprenger handed over the cameras to investigators, they no longer contained the SD cards.

They said Sprenger admitted he'd used lighter fluid to burn them just in case there were images on them and he didn't want the images to get out.

Agents said the investigation led them to serve a search warrant at Sprenger's home where they recovered 20 devices.

They said going through all those devices will take weeks, but so far, they found videos from two cameras hidden inside Sprenger's home, including one in the bathroom.

They said one video showed Sprenger's face as he set up the camera, then showed him showing a video to a teenage girl and offering to pay her for a sex act as she repeatedly said no.

They said another video showed teenage girls undressing to shower and drying off afterward.

The affidavit said they also recovered images of children as young as toddlers being sexually assaulted.

They said Sprenger denied putting the cameras in the cabin and denied he would have any images of child pornography on any of his devices.

Agents said Sprenger told them he has a minister's license, is involved in a church and takes mission trips and is also a handyman.

Investigators said that gives him access to multiple potential victims and makes him a danger to the community.