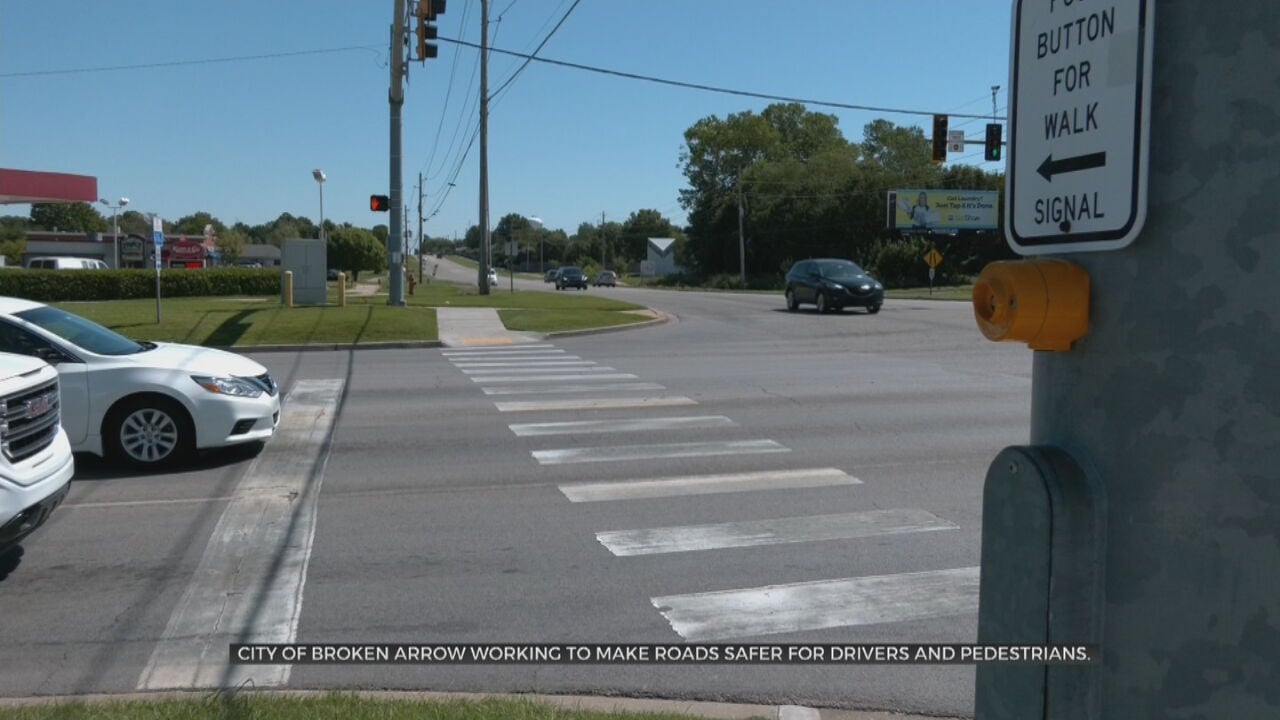 The City of Broken Arrow is taking steps to make sure its roadways are safer for drivers and pedestrians. The city applied for a federal Safe Streets grant that could provide it with the necessary funding.

Broken Arrow joined the Indian Nations Council of Government, which identified up to $4 million in federal grant money. However, Broken Arrow would have to come up with $1 million in match money to receive the federal funding, and Travis Small, Broken Arrow's transportation division manager said that the city has a plan in place.

If approved, the money would go towards several different areas of need that would make roads safer.

"Some of the ideas that we want to implement through this grant, if awarded, would be replacing back plates on traffic signals to be yellow reflective back plates, hawk beacons which would help pedestrians cross the road safely, restriping the roadways, upgrades to pedestrians push buttons and signals, and various other aspects," Small said.

Small also mentioned that he hopes that this will prevent serious crashes and accidents from happening in the future.

"We always want to find ways to decrease crashes throughout the region, and here in the city of Broken Arrow, anything that we can do to help that will certainly help our pedestrians, certainly help the vehicular traffic," Small said.

Small said that the city is still waiting to hear back on whether or not Broken Arrow has been approved for the grant.