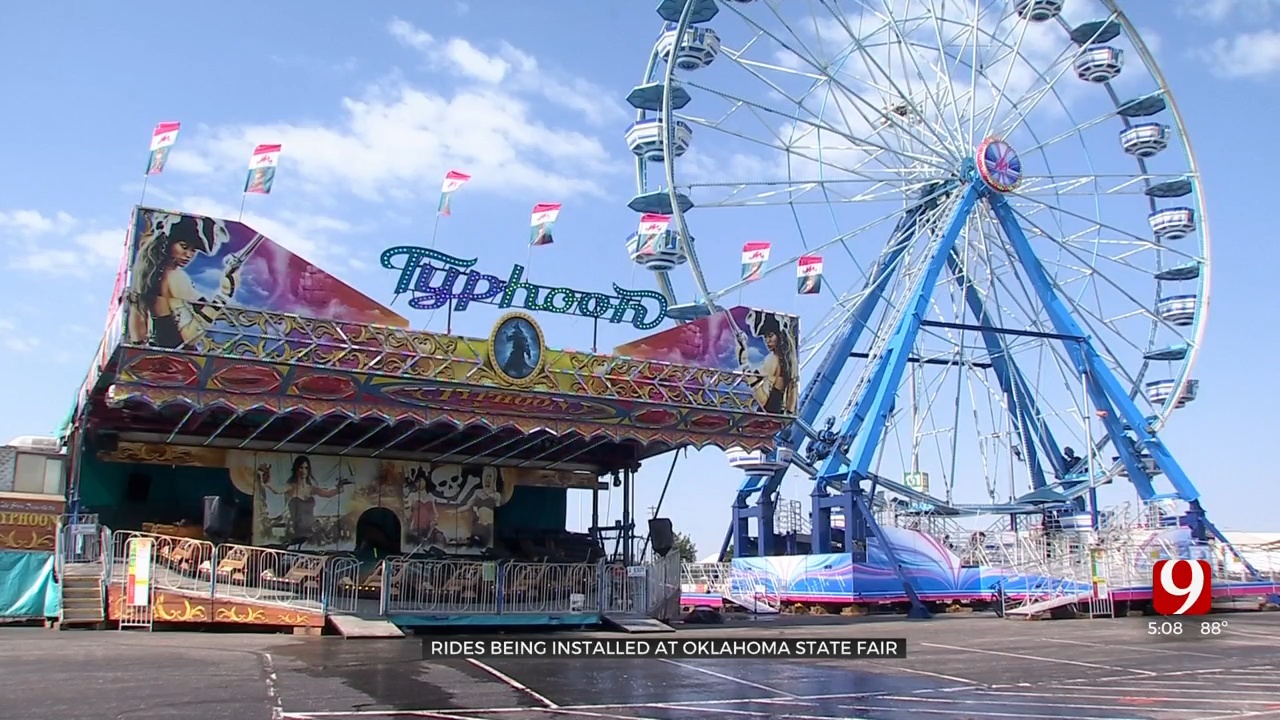 Hundreds of crew members are working to make sure rides are assembled and safe when the Oklahoma State Fair opens Thursday.

In the parking lot of Bennett Event Center, a 30-ton crane moved pieces of the Super Cyclone into place.

Before the crowds and the cured meats, you’ll find rail raisers and bolt setters with a week of work underway on the carnival midway.

“The kiddie rides we can get done in a day, a day and a half,” Wade Shows general manager Gary Zaitshik said. “Then the larger rides, like the Super Cyclone behind me, that’s going to take 36 man-hours.”

Zaitshik said larger rides and roller coasters may require a crew of 10. Every clip, cable and connection is under close inspection.

“We have three levels of inspection here at the State Fair,” Zaitshik said. “Our rides have been inspected since January of this year.”

Those three levels include the Oklahoma Department of Labor, a state hired third party and the company’s own inspectors.

In a year, Wade Shows rides will be assembled 12 times at 12 state fairs in 12 different cities.

This is life on the road.

“You’ve got to have a sense of adventure, and that’s what it is. We go on tour,” Zaitshik said.

Zaitshik said he has been touring his whole life because this family fun is also a family affair.

His grandparents had carnival games in the 60s and 70s. His father founded Wade Shows in 1981.

It’s the reason he is confident on opening day, down to every clip, cable and connection.

“Our history speaks for itself,” Zaitshik said.

The company’s tenure in Oklahoma does, as well. They’ve provided rides to the state fair since 1993.

“And we’ve enjoyed every minute of it,” Zaitshik said.

He hopes the enjoyment will be shared on opening day on the carnival midway.

This year, wristbands are also available through an app.

Additional information on times, ride requirements and tickets can be found here and here.