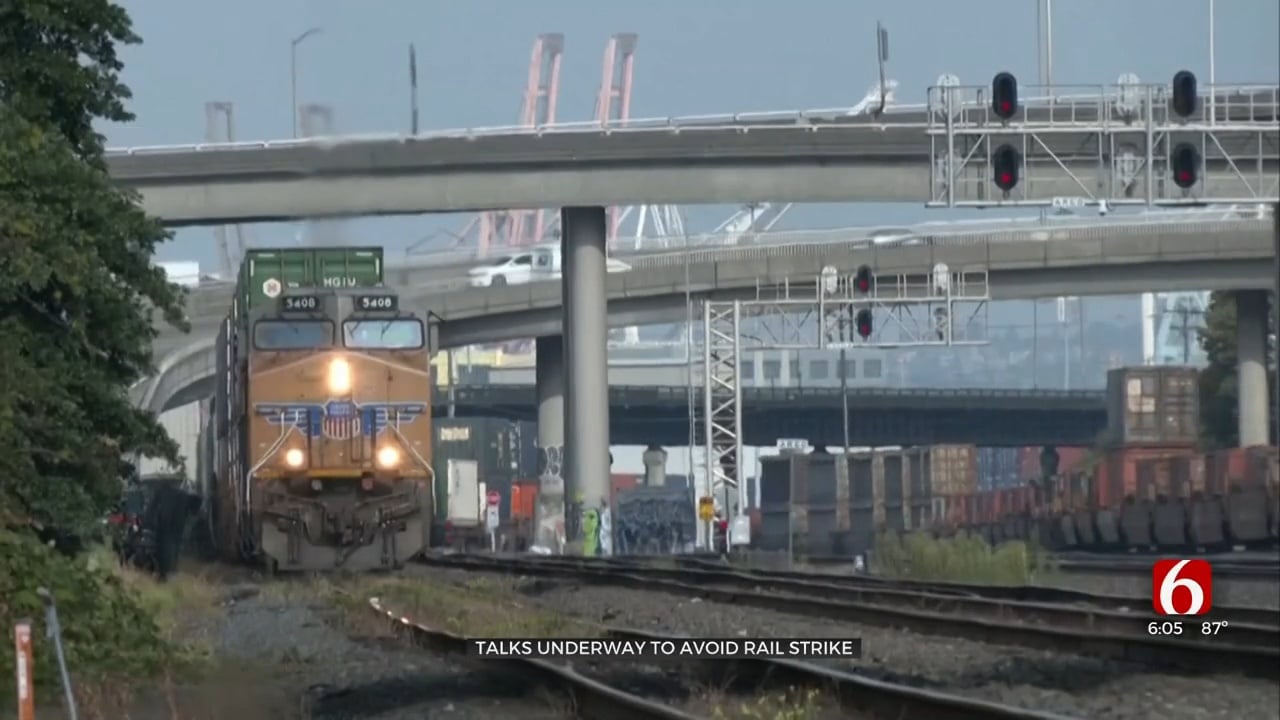 Negotiators from railroad carriers and unions, meeting in Labor Secretary Marty Walsh’s office, continued to try and reach an agreement and avert a strike that experts say would cripple supply chains and further disrupt an already fragile economy. The deadline for a deal is 12:01 a.m. Friday.

The talks started shortly 9:00 a.m. ET and a spokesperson for the Labor Department said talks were ongoing as of midday. “The parties are negotiating in good faith and have committed to staying at the table today,” the representative said.

Eight of 12 railroad unions had deals with rail companies as of earlier this week, but two unions that account for about half of the nation's rail workers are among those still unsatisfied.

Secretary Walsh’s involvement is an indication of how seriously the Biden administration is taking the threat of a work stoppage. A strike could reportedly affect about 60,000 workers, idle more than 7,000 trains, and cost the U.S. economy more than $2 billion a day.

With rail responsible for moving about forty percent of the nation's long-distance freight and around 300 million tons of goods annually through Oklahoma alone, the administration is doing all it can to keep the parties talking with each other.

"We are encouraged that they're doing that in good faith," said Jean-Pierre.

Congress has the authority to step in and mandate that all parties accept the terms proposed last month by an independent panel appointed by the president, and several Republicans are trying to do just that.

"I will utilize my opportunities as a member of the Senate, as a member of Congress," said Sen. Jerry Moran (R-KS), "for congressional intervention and work to shield the impact of a rail shutdown across the nation."

But the bill will only move if Democrats are on board, and so far, they are preferring to let the negotiations continue down the track and not force an agreement.

"I don't believe that's a good idea," said Sen. Dick Durbin (D-IL). "I believe that the unions as well as the railroads should step up to the plate and get this done quickly. It would really be damaging to our economy to do otherwise."