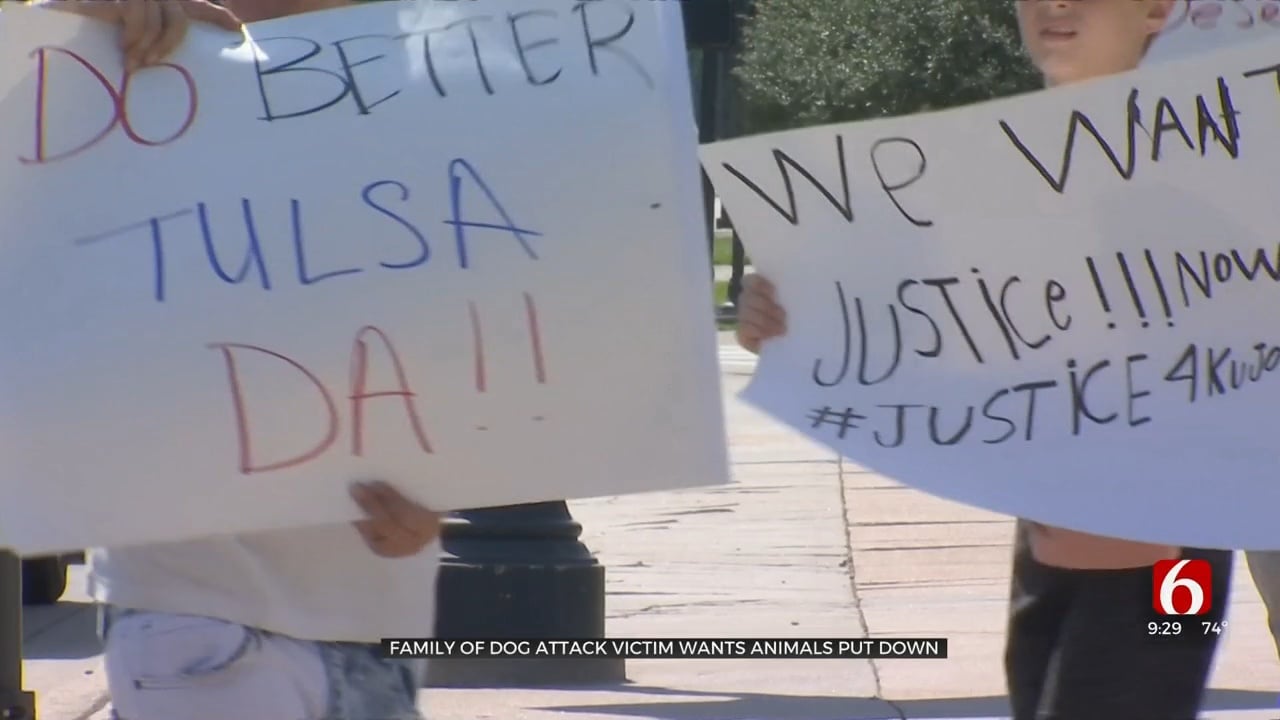 Family members of a man, killed two years ago by three pit bulls, are angry the dogs are still alive even though their owner is in prison.

Benjamin Spence is serving four years for manslaughter and has hired an attorney to keep the dogs alive.

One of the dogs did die after getting sick shortly after being impounded, but the other two are still alive. The victim's family wants them put down.

"I'm here to tell the City of Tulsa, State of Oklahoma, county. I'm not going away. I am not leaving. Here I am," CJ Wickham's mother, Vickie Cummings said.

CJ got into a fist fight with Benjamin Spence back in October of 2020. During that fight, Spence's dogs attacked CJ and killed him.

CJ's mom doesn't think it is right for the dogs to still be alive.

"If it was anybody else's dogs, they would already been euthanized," Cummings said. "Why are these dogs still alive?"

Spence pleaded no contest to 2nd Degree Manslaughter and was sentenced to four years in prison.

Spence's Attorney, Brian Boeheim, said the dogs weren't destroyed during the criminal case, because they were evidence.

"By law, for them to destroy the dogs, they have to show that there's a vicious nature to the dog and that the attack was unprovoked," Boeheim said.

Cummings also thinks it's a waste of tax dollars to keep the dogs at Tulsa Animal Welfare. She said $11,000 has been spent so far.

"My client has stated all along that he doesn't have a problem paying for a fair restitution of the cost to the city," Boeheim said.

But CJ's mom believes the dogs are dangerous and should not be allowed to live.

"They killed a human being. They'll never be able to live anyplace else," Cummings said.

The city prosecutor's office said a trial to determine what will happen to the dogs is set for November 1st.