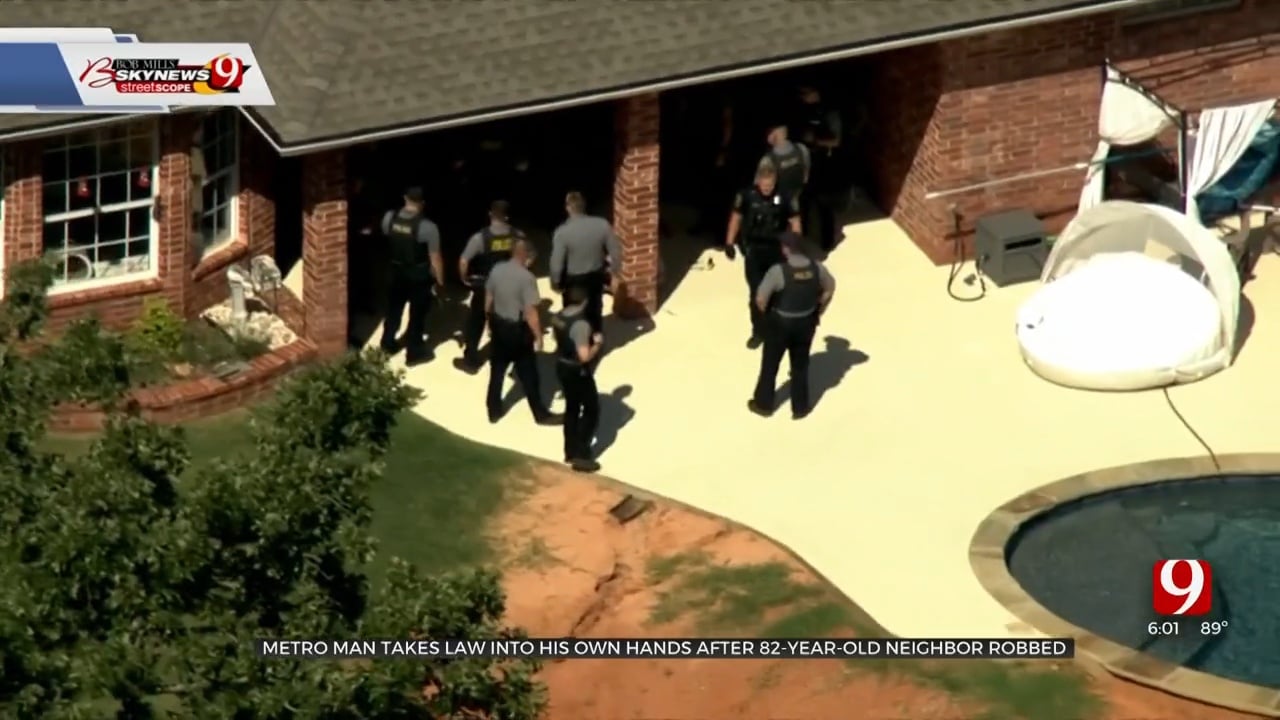 Oklahoma City police have identified a man in connection to a high-speed chase through the metro.

OCPD said 45-year-old Allen Ray Idell Jr. burglarized a home in northwest Oklahoma City, stole a car and eventually crashed through a gate at a home in Norman.

Officers said he then ran from the car and broke into another home before he was arrested.

The pursuit began when police responded to the burglary call near Northwest 63rd Street and North Independence Avenue. Lowell Hartley said he made that call.

Hartley recalls getting home at the same time as his 80-year-old neighbor named Karen, but in her house she was not alone.

“I heard her scream violently, call 911,” he said. “I ran across the street, or to the middle of the street. That was when Hartley saw Idell.

“Pushing a lawn mower out from in front of her house,” he recalls. “I wasn't too alarmed because I thought maybe he was trying to drum up business.”

He knew it was more serious when the suspect went back in the garage. He called the police and yelled at Idell to get away from her.

“I’m telling him he needs to go, and he stops, shows me a gun that looks like a toy gun,” said Hartley.

He now believed it may have been the .22 caliber revolver, which police said it was one of the many guns stolen from the 80-year-old victim.

Hartley said he pointed the gun at Idell before aiming slightly to the right and firing.

Eventually, police said he jumped in the victim’s car and drove erratically out of the neighborhood. Hartley was in pursuit.

“I followed him all the way down to May Avenue,” he said. “A car got between us, and I lost him.”

Police didn’t lose him. Their helicopter followed as the suspect headed south.

Hartley is now thankful despite staring down a barrel.

“I just didn’t want her to get hurt. I just thank God above that I was here and that he went after me instead of her,” Hartley said.

Police said a separate Jeep in the garage was full of stolen items including the victim's shotgun.

Police believe Idell intended to steal that car instead.

He now faces 10 complaints, seven are felonies including first degree burglary, larceny of a motor vehicle and assault and battery with a deadly weapon.