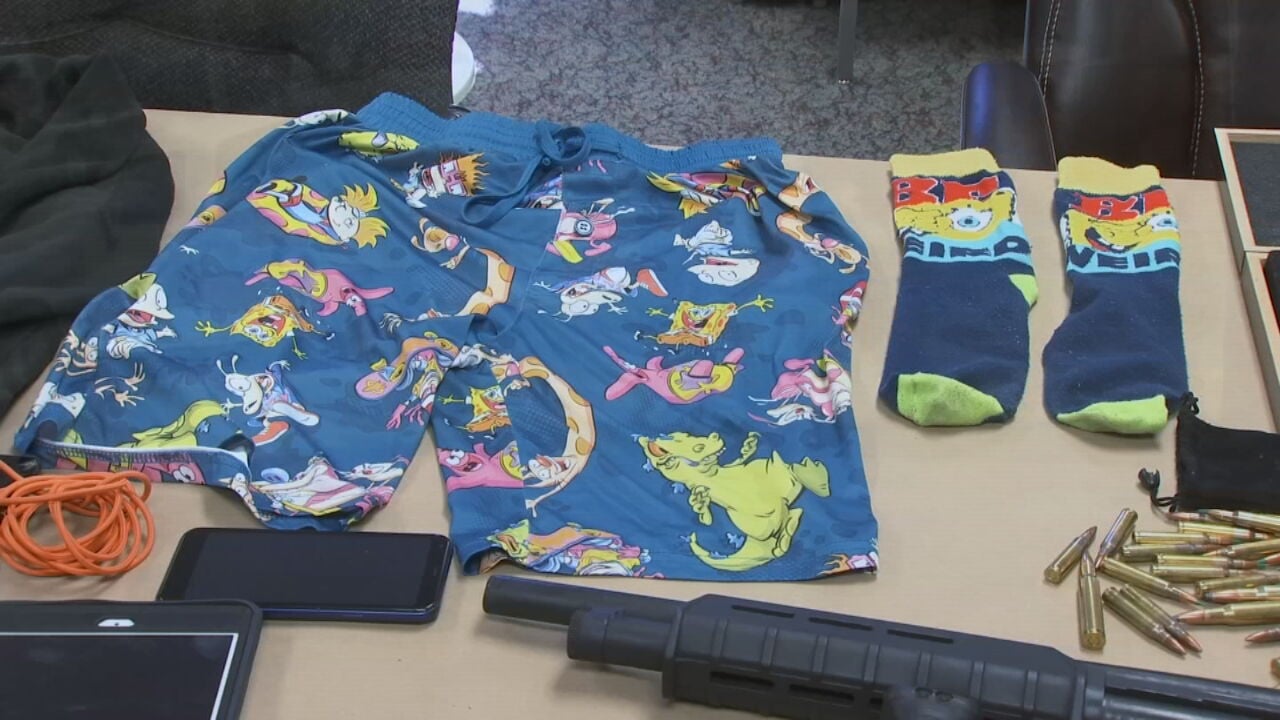 Tulsa Police said a man's love of SpongeBob helped lead to his arrest for several burglaries.

Lieutenant Tim Means with TPD's Burglary Division said the burglaries happened at the Waterside Apartments on W. Jackson near 17th Street between July and September.

"We've had several burglaries and there were probably, I think, at least six and now we've located a seventh, which was actually a burglary of a vehicle. So, they aren't just breaking into residences. They are breaking into vehicles as well,” Means said.

Police identified Edward Price after they said he listed stolen property on Facebook Marketplace. In the background of those photos were the same SpongeBob shorts and socks witnesses said they saw him wearing.

"That makes it a lot easier when we can identify clothing that suspects wear and helps us just gather information and actually make a better, stronger case once we find that,” Means said.

Officers said much of the stolen property has been returned to the owners, but Means has concerns about what could have happened if the firearms were sold on the streets.

"The suspect in this case is a convicted felon. So, he can't posses firearms and that's one of the items that we recovered out of that residence. So, that's kind of a scary deal, too," Means said. "A lot of times, certain individuals will get stolen items or guns and firearms and they go from hand-to-hand quite a bit and you just never know where they're going to be used or how they're going to be used.”

Police said Price lives in the same complex where the break-ins occurred.

They encourage everyone to make friends with trustworthy neighbors who can keep a watchful eye while you're away.