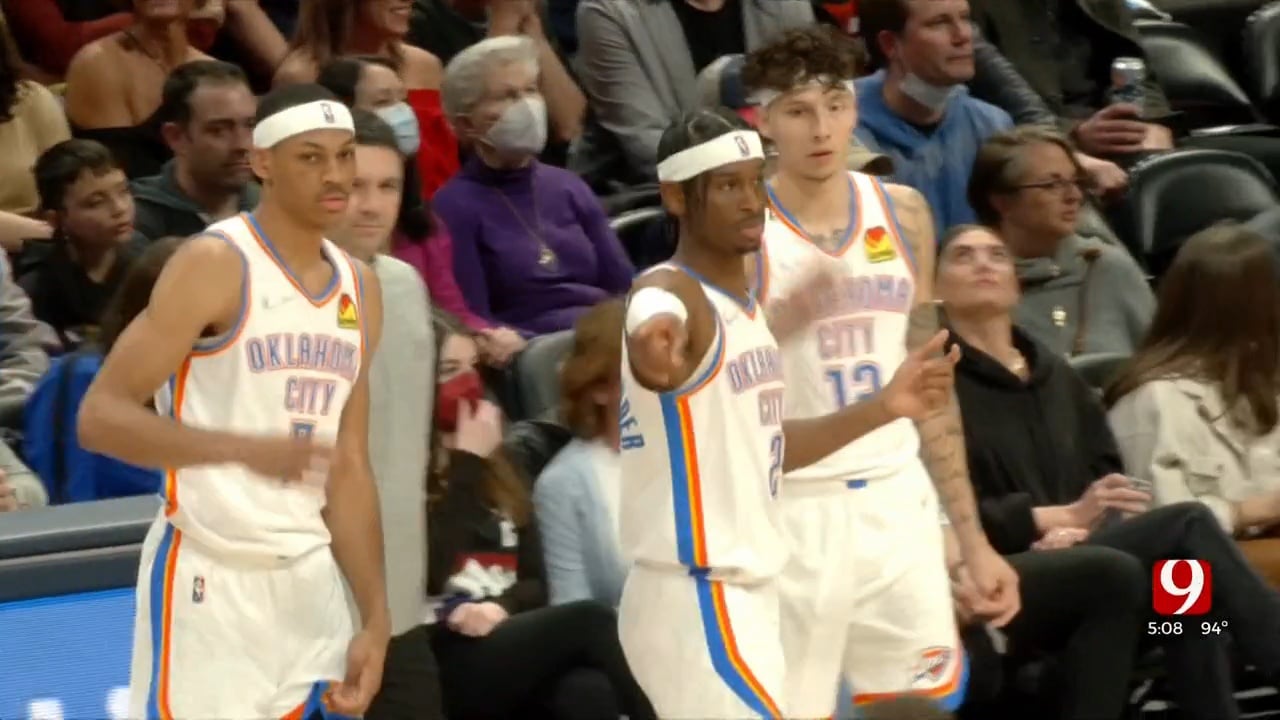 The Oklahoma City Thunder said guard Shai Gilgeous-Alexander -- its best and highest-paid player, will miss the start of training camp.

The team said Gilgeous-Alexander suffered a Grade 2 sprain of the medial collateral ligament, or MCL, on his left knee.

The injury will keep him out for at least the first two weeks of training camp, which starts next week.

SGA's injury news is about the last thing Thunder fans wanted to hear. One month ago, prized lottery pick Chet Holmgren appeared to come up gimpy during a pro-am basketball game in Seattle.

After further examination, Holmgren learned he suffered a Lisfranc injury on his right foot, which required surgery. In order to fully recover, Holmgren will sit out the entire 2022-23 NBA season.

Instead of adding insult to injury, Gilgeous-Alexander missing time is adding injury to injury.