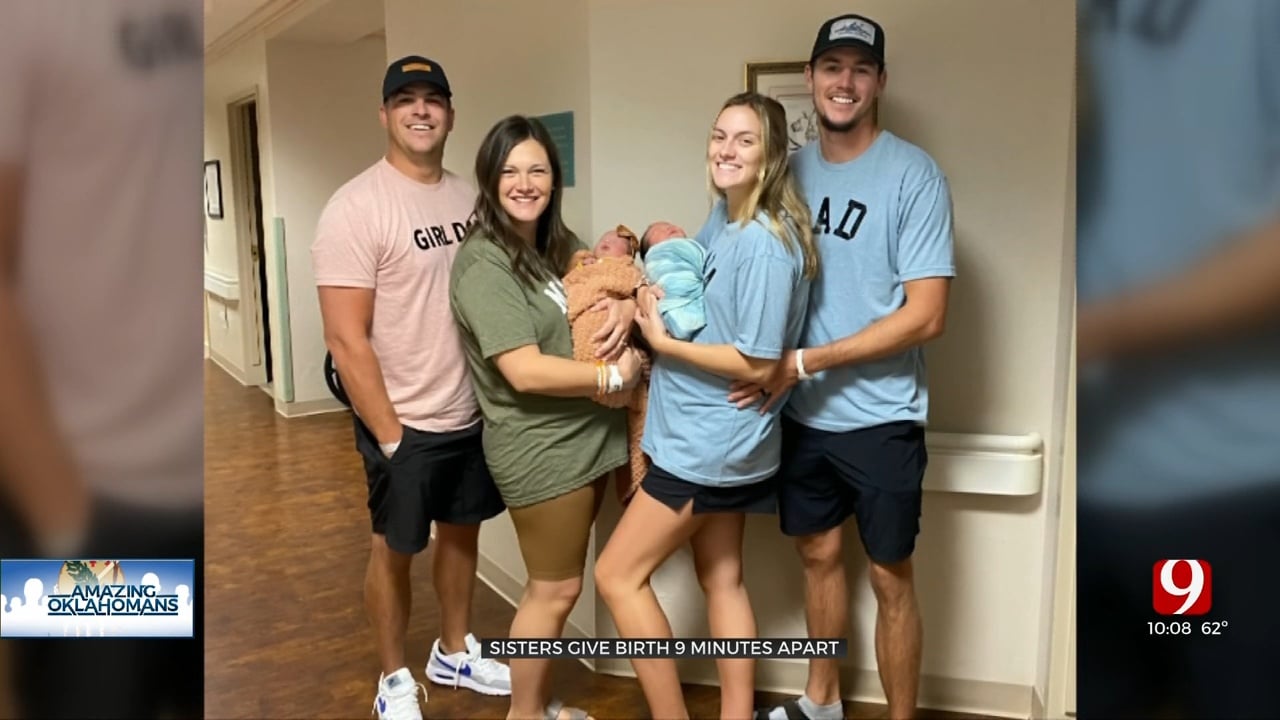 One Oklahoma family has their hands full after welcoming not one but two bundles of joy on the same day.

“I jokingly said it would be like a Father of the Bride Part II scene you know with them flying across the hallway,” said Karli West.

Two best friends not only got pregnant at the same time but went into labor on the same day.

“We both got to the hospital, we were both cruising a long and then delivered 9 minutes apart,” said Olivia Littlejim.

“It was a race like who could have the baby first,” said West.

For the two women the story only gets better.

“We have a brother in between us and I just really wanted a baby sister so she is like my dream come true but obviously so far behind me in age that I just didn’t think that this phase of life would get to happen together,” said West.

With an eight-and-a-half-year age gap the two sisters never expected to share this milestone together. Karli, a mother of 4, is now watching her baby sister become a mom for the first time.

“It’s been super fun just to kind of bounce things off of her and have her help me personally with pregnancy and all that,” said Littlejim about leaning on her sister during the experience.

“The first little cousin that our kiddos get to run around and play with just them having the same birthday is wild but will be really fun for years to come,” said West.

Littlejim said it all started with a family dinner where her and her husband told everyone they were expecting, only to get an unexpected phone call on the way home.

“On the way home, she actually called us and said ‘uhh funny story I’m actually pregnant too,’” she said.

West set her induction date months in advance, while her younger sister went into labor a week earlier than expected.

“Birthday parties for the rest of their lives they are going to do them on the same day every year…supper special, super rare,” said Littlejim.

September 19 now holds double the meaning for these two-growing families.

“We jokingly told our doctor ‘you kind of messed this up for us we could have beat them if you came down here sooner!’” she said.

The two are also expecting another little one in a few weeks. They said their sister-in-law is due later this year.