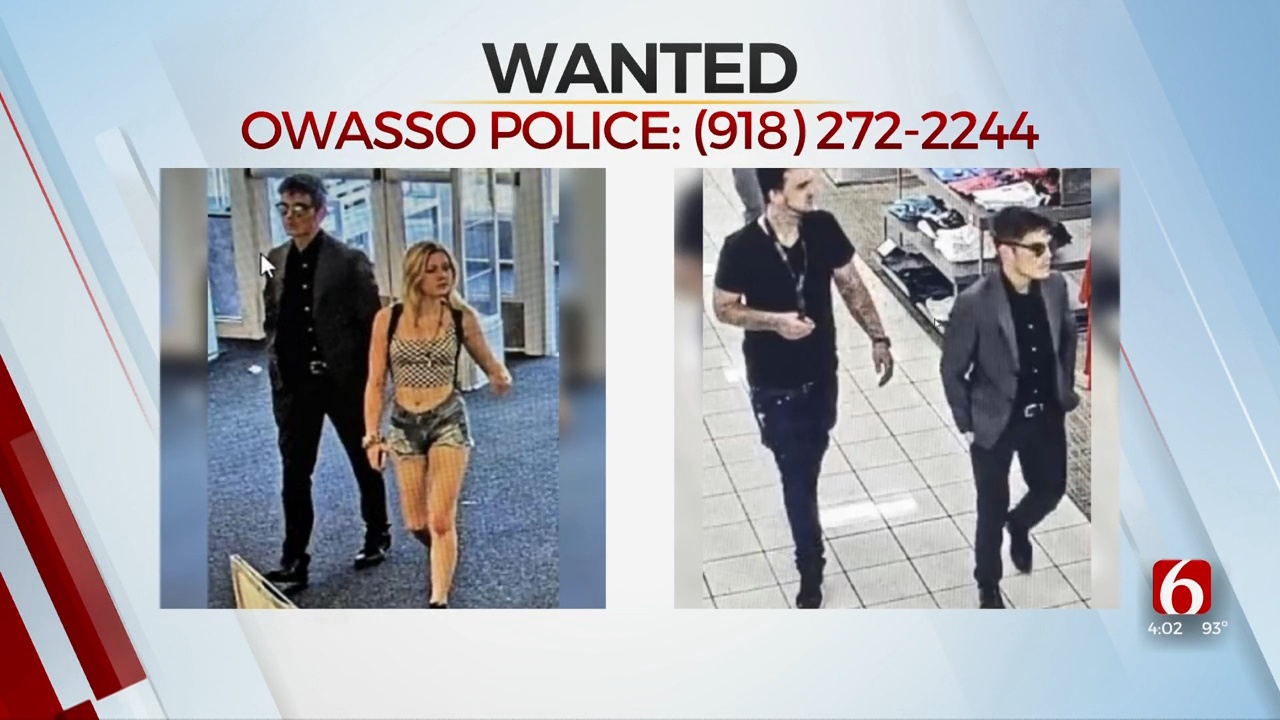 A search is underway for three people that Owasso Police say are connected to several theft investigations.

Investigators identified two of the suspects as William Haley and Christopher Brantly but have yet to identify the third suspect, a woman. Investigators say Haley also tried to fraudulently buy a car in Owasso with another woman. They say Haley is currently out on bond on charges of using fake checks and identity theft.

Anyone with information on Haley, Brantly, or the woman in the photo seen above is asked to call Owasso police at the number on your screen.