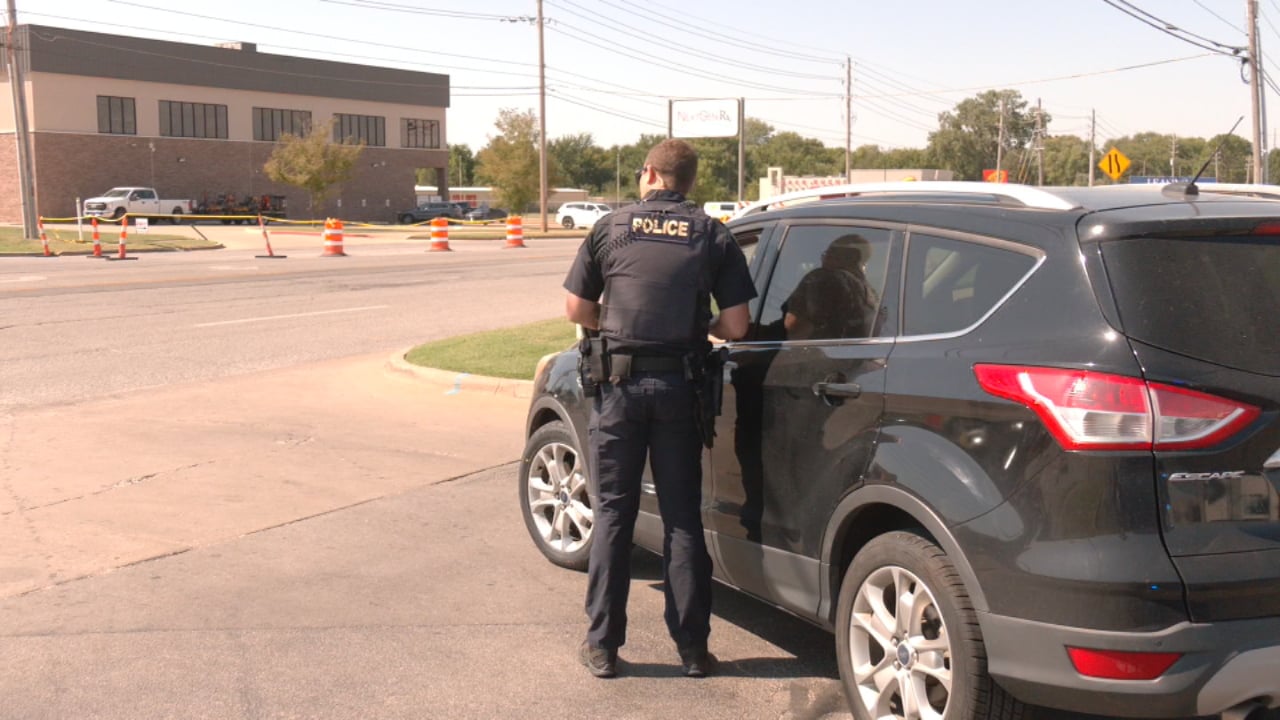 Broken Arrow Police are working to stop traffic violators at a busy intersection that is under construction.

Police say they have received complaints about drivers speeding, running red lights, and making illegal left turns in the area of New Orleans Square located at 101st and Elm in Broken Arrow. Broken Arrow officers set up an operation to catch drivers breaking the law on Friday morning.

Within 15 minutes of the operation getting underway, all five officers had someone pulled over. Despite signs warning of speed reduction and illegal left turns, Broken Arrow officers say some drivers are ignoring them.

“We have a spotter in an unmarked car and then we will call out the violations to marked units who will do the traffic stop and issue the citation or the warning,” said Sgt. Eric Nester, Broken Arrow Police. “Some claim they didn’t see the signs even though there are numerous, some of them say nobody was coming.”

This is the second time police have set up an operation at this intersection. Officers working are getting overtime thanks to a grant. Police say they are doing this to keep construction workers safe and to help keep traffic flowing.

Music Monday: Checking In With Rick Couri From The Blitz 1170