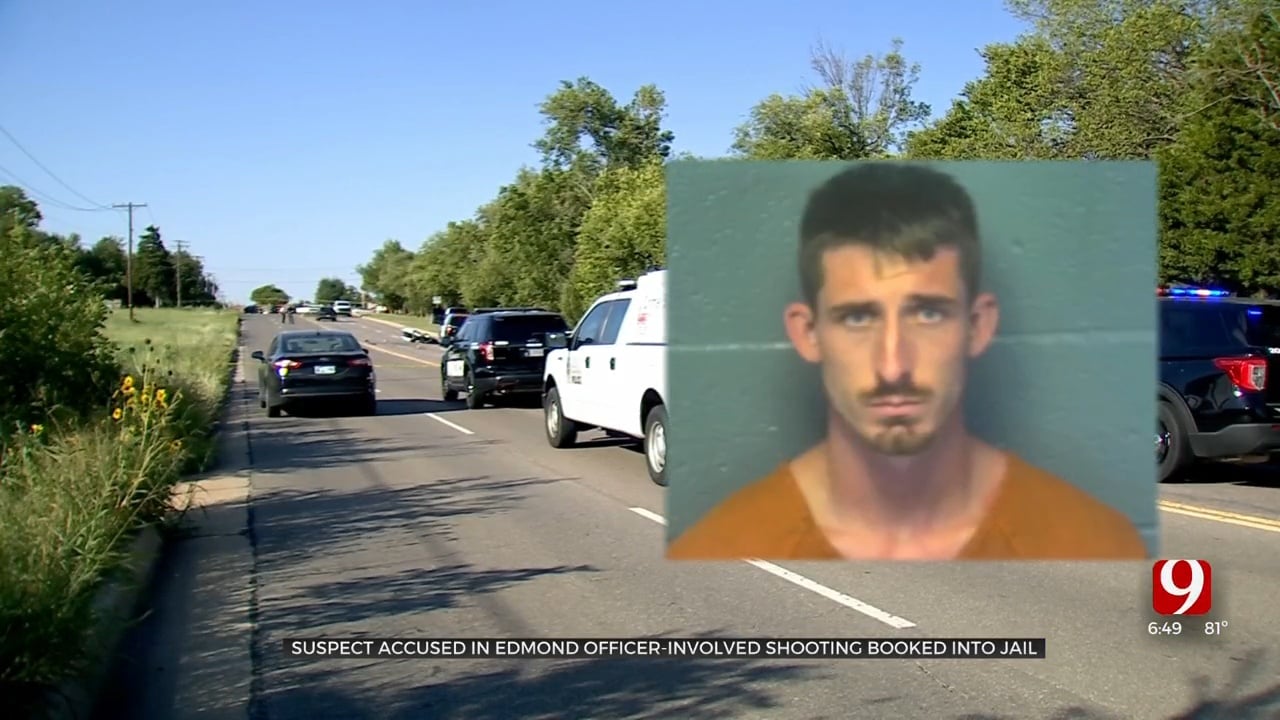 The suspect who crashed into an Edmond motorcycle police officer awaits charges behind bars. Police say Garrett Trammell critically injured Sgt. Joe Wells during a pursuit through Edmond and Oklahoma City on Friday.

Court records show in the past, Garrett Trammell committed multiple traffic violations, including speeding, but those pale in comparison to what he faces now.

The 24-year-old hit a guardrail and then clipped multiple vehicles while leading a pursuit through Edmond and Oklahoma City.

“Ultimately, he ended up here on Boulevard southbound,” said Emily Ward, Public Information Officer for the Edmond Police Department. “He made a U-turn in the street and came back northbound and that's when he collided with our motorcycle officer.”

Police say the impact threw Sgt. Wells into a ditch. Wells regained consciousness and remains hospitalized. Police say he has a long road to recovery.

Meanwhile, Trammell is arrested on five complaints of assault and battery with a dangerous weapon and one complaint of endangering others while eluding a police officer. Trammell remains behind bars at the Oklahoma County Detention Center on a $95,000 bond.