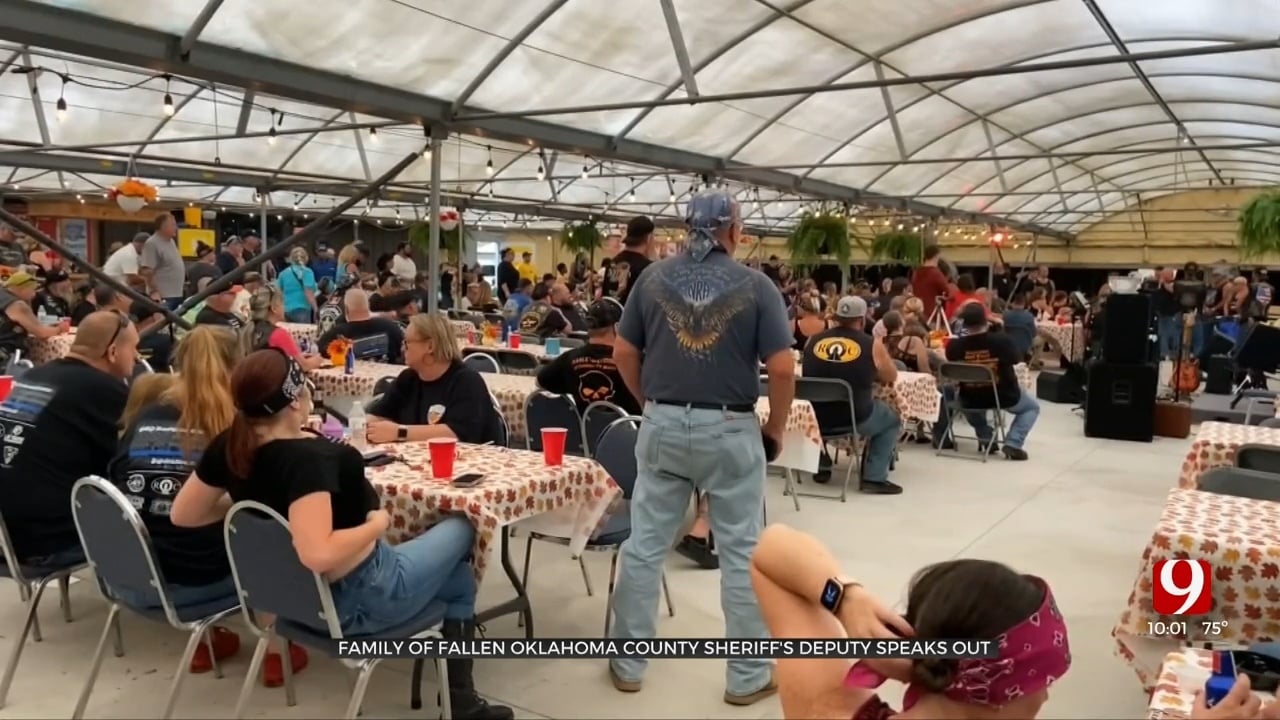 On Saturday, hundreds of people, mostly bikers, showed up to set out on a ride of love and support. Austin Swartz, Sgt. Swartz’s son, said the benefit was humbling.

“Dad, obviously he was a lot of things to a lot of people, not being in the biker community you don't realize how many people truly cared about him and vice versa when you see turnouts like these,” said Austin Swartz.

Sgt. Bobby Swartz and Deputy Mark Johns rode in a motorcycle group, many times for charity. Now, the bikers ride for them to support their families.

“Not just one man or one woman, but a whole community would stand up for these people and do whatever we can to help make their loss a little bit easier,” said biker Carl Doyle.

Sgt. Swartz’s family rode in a car behind the bikers as they made their way to several stops throughout the metro.

“It was amazing,” said Kim Swartz, Sgt. Swartz’s daughter-in-law. “I would have never dreamed this many people, just the love and support is amazing.”

After the ride, the group met at the VFW in Midwest City for food, fellowship, and an auction of donated items.

And now those friends not only showed up to support both families, but they also send this message.

“To tell our fallen brother we love you, we miss you,” said biker Tank. “It's a brotherhood, no ifs ands or buts about it.”

While the support won’t bring back his dad, Austin said the gesture is much appreciated.

“It doesn't make it easier, but it makes it easier knowing that all of these people are here to support and love,” he said. “It means a lot.”

Saturday’s proceeds will be going directly to the families of Sgt. Bobby Swartz and Deputy Mark Johns.