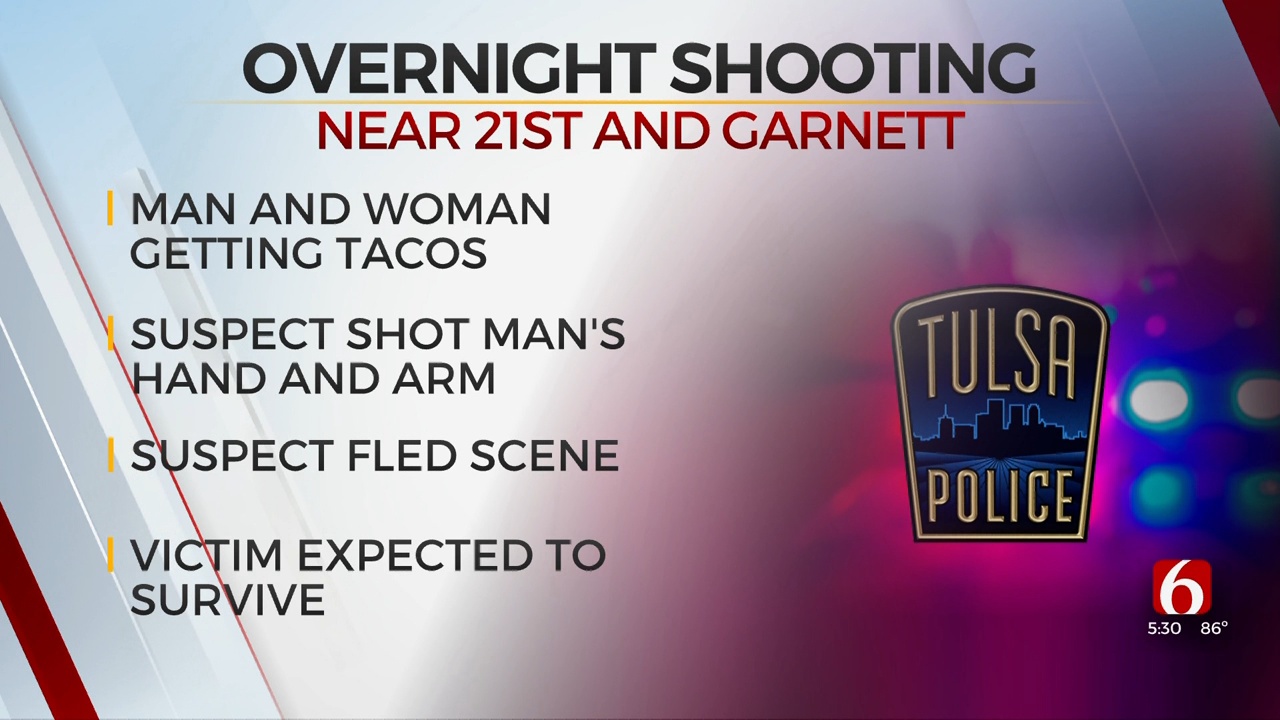 One person was injured in a shooting that happened Saturday night in Tulsa.

The incident happened at around 11:30 p.m. near East 21st Street and South Garnett Road, according to police.

Officers said a man and a woman were getting tacos in the area when another man arrived and shot the man in the hand and arm.

The victim has non-life threatening injuries, according to police.

Officers said the suspect fled the scene, and no names have been given.